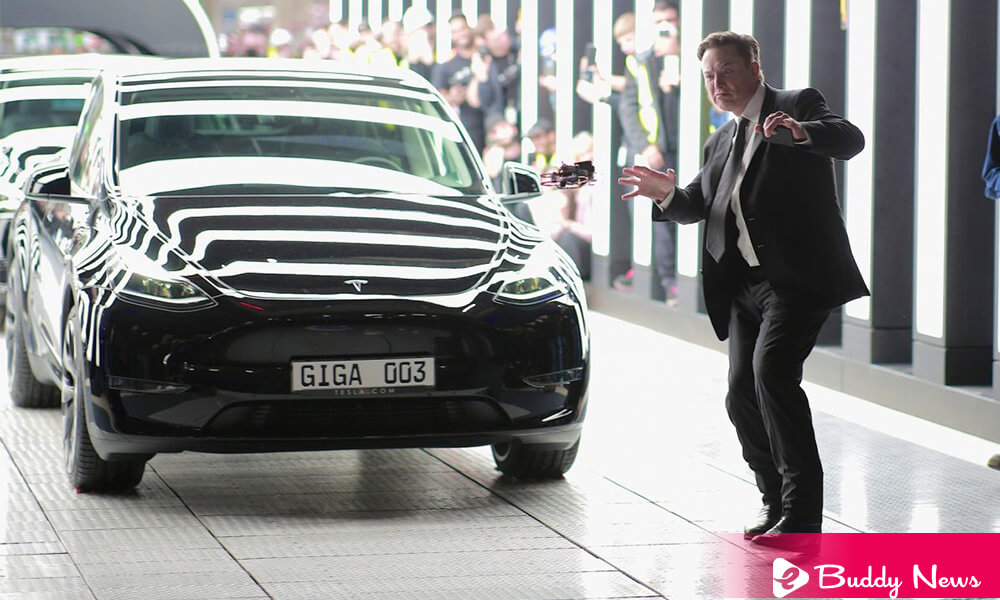 Tesla Chairman Elon Musk opened his electric-car ‘gigafactory’ near Berlin, Germany. Also, he danced with joy at the open on Tuesday, leaving behind two years of construction and red tape.

Danke Deutschland! (Thank you, Germany) Musk tweeted after they opened the Tesla gigafactory groundbreaking ceremony, where he applauded, along with company employees. These 30 drivers got behind the wheel of their new cars. He even danced around during car deliveries, the ‘Model Y’ type.

Elon Musk said that they believe the world can transition to a sustainable energy future by combining solar power, wind power, battery storage, and electric vehicles.

The plant’s opening ends a long two-year process of authorizations and works. Tesla had to overcome various administrative and legal entanglements, including complaints from the population about the environmental impact that the factory would have.

The German Minister of Economics, Robert Habeck, attended the event with the German head of government, Olaf Scholz, and indicated that it was a special day for transforming mobility in Germany.

With this plant, located in Gruenheide, in the Brandenburg region (east), Tesla hopes to employ around 12,000 employees and produce 500,000 ‘Model Y’ electric vehicles per year.

It is the first Tesla production plant in Europe.

They expected Tesla’s arrival in Germany to mark a turning point for its car industry, with heavyweights such as Volkswagen and Mercedes.

The arrival of the Californian company in Europe emerges at a time of sharp increase in the price of energy on the continent, with skyrocketing oil, which has shown some drivers to opt for electric alternatives.