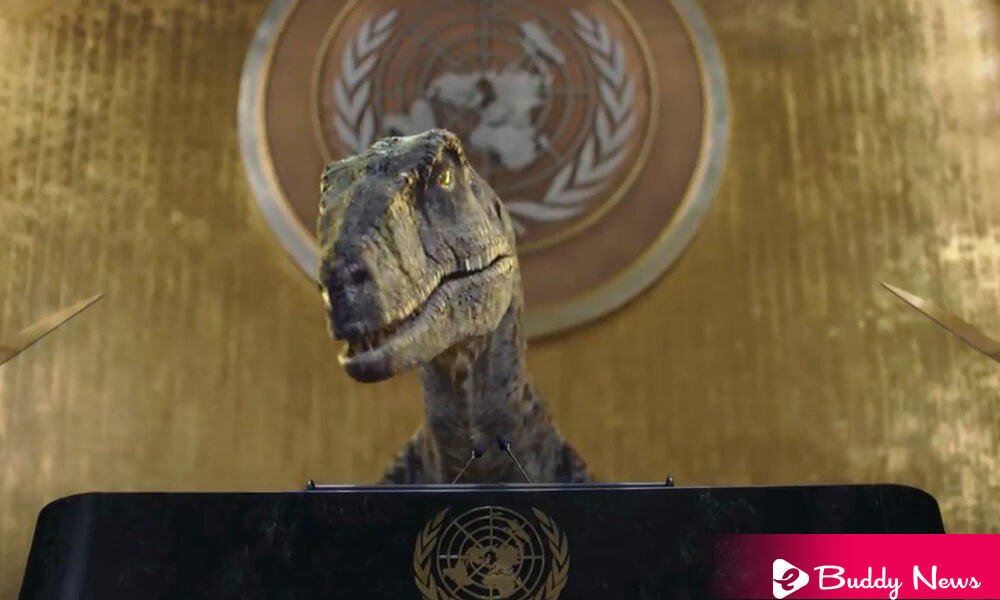 The COP26 climate summit is approaching, and all the organizations that work to reduce global warming are mobilizing to stir consciences. One of them is the United Nations Development Program (UNDP), which has created an original video where a ferocious dinosaur enters the United Nations headquarters in New York. And it takes the floor for speech, where world leaders usually do. To demand greater climate action from them. Do not choose extinction is the central message of the dinosaur and the campaign of the agency at COP26 climate summit.

The dinosaur said that he knew a few things about extinction. The dinosaur ironizes after breaking into the main hall of the UN to give a message where the COP26 climate summit took place and leaving the assembly speechless. He later adds in a lapidary tone that causing your extinction in 70 million years is the ridiculous thing he had ever heard. At least we have an asteroid, warns the animal, referring to the popular theory that explains the extinction of these vast reptiles 70 million years ago. And adds, What is your excuse?

Not without less irony, the prehistoric reptile later assures that governments spend billions on subsidies for fossil fuels every year. Imagine if we had spent the same subsidizing meteorites.

The next COP26 climate summit will take place in Glasgow between November 1 and 12. According to the UNDP, this campaign seeks to show how fossil fuel subsidies delay progress against climate change while primarily benefiting the wealthy.

The UNDP includes in its campaign the data that reveals that the world spends 423,000 million dollars a year in subsidizing fossil fuels for consumers oil. It generates this electricity by burning other fossil fuels, gas, and coal. A sum that could cover the cost of COVID-19 vaccines for every person globally or finance three times the annual amount needed to destroy extreme poverty globally.