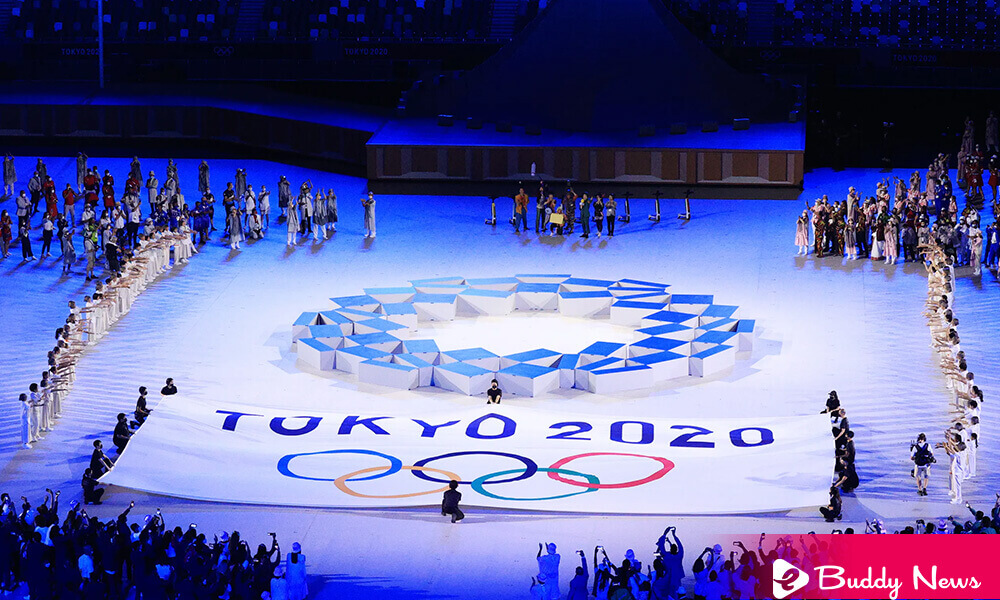 Closing Ceremony Of Olympic Games At Tokyo 2020 Held On Sunday

The schedule to begin the closing ceremony of these Tokyo 2020 Olympic Games is ready. It will last exactly 2 hours and 15 minutes and began at the Tokyo Olympic Stadium, where it is 8:00 p.m. local time. It begins with a video reminder of the 17 days of competition.

Public address welcomed At the entry of Thomas Bach, President of the IOC, and the rest of the Japanese authorities. Some local delegation members are parading a Japanese flag around the stadium, and they are g hoisting it. After the interpretation of the Japanese national anthem, the flag bearers have left. The organizers asked them to sit in a circle on the central platform of the stadium.

The representatives of each delegation left already, one for each one, everyone with a mask, and they swing with their country flag. Athletes from each country enter in groups, some wearing medals. Not all of them will be there, as some have not been able to arrive, but the joy in many of them is palpable. All with a mask and a phone in hand to photograph and record the moment. “Stronger together” is the theme chosen for this ceremony and these Games.

Athletes from the different delegations continue to access the center of the stadium. The Americans have just entered, with great winners in this Tokyo 2020 at the top of the medal table with 113 medals and 39 gold. All the athletes who have participated in these Tokyo 2020 Olympic Games have already entered. Music at the Olympic Stadium, an authentic farewell party where joy and nostalgia mix. The lights go out, and there is widespread applause.

At the closing ceremony of the Olympic games, every color and particle of light has come together to form the Olympic rings. It is precious. A Japanese group entertained the evening with music and an art show, encouraging all the athletes. They invited them to join in and dance in the celebration. The delivery is maximum by all attendees, although it is true that it is very different without an audience in the stands.

How could it be otherwise? In this Closing Ceremony, the hymn of joy sounds (although in a more modern version, let’s say). At the same time, the art show continues over the center of the Olympic Stadium. Then the anthem of Greece, the country where the Olympic Games of the modern era arose, sounded.

Yesterday the women’s event was held, and today the men’s. There are six winners in the marathon categories of men and women who have received their medals in the drawer. Sebastian Coe and Thomas Bach will deliver them. The Kenyans Jepchirchir and Kosegi and the American Seidel won gold, silver, and bronze medals.

The Kenyan Kipchoge, the Dutch Nageeye, and the Belgian Abdi, the top three finishers in the men’s marathon, come out. Present the Anita Defrantz medals, and the Kenyan anthem plays. Then the members of the Athletes Commission of the International Olympic Committee entered. There is not our Pau Gasol, who is also part of this select group chosen by the Olympic Games athletes. It is available to help even athletes, and they will be until 2028.

They pay tribute with emotional video to many volunteers from all over the world at the closing ceremony of the Olympics games. People are thanking them for their hard work in these Tokyo 2020 Olympic Games. The members of the Athletes’ Committee present a small bouquet to the representatives of these volunteers. Japanese songs and dances lead to give light, color, and musicality to this Closing Ceremony at the Tokyo Olympic Stadium. Many other country athletes even dare to dance with them. The mayor of Paris, Anne Hidalgo, will host the 2024 Games and appear together with the IOC President, Thomas Bach. The governor of Tokyo, Yuriko Koike, to carry out the ‘relay.’

The mayor of Paris Hidalgo takes the baton from Tokyo by picking up the flag with the Olympic rings at the hands of Thomas Bach, President of the IOC. Now ‘la marsellesa,’ the national anthem of DFrancia, played by its symphony orchestra, is playing.

They have projected a video tour of the rooftops of Paris. , This will be the new venue for the Olympic Games in three years to finish handing over the French capital. We see in live the French athletes who have competed in Tokyo and are already there in Paris, welcoming what will be ‘their’ Games.

After the speech by Seiko Hashimoto and Thomas Bach, they recalled Theatrical and musical performances to commemorate the 1964 Olympic Games, which happened in Tokyo. The Tokyo 2020 Olympic Games closing Ceremony is coming to an end. The extinguishing of the Olympic flame in the stadium led to little by little until it disappears. The next appointment, in three years, i.e., in Paris, will be in 2024. It has already picked up the witness of the Japanese country; however, before we will have the Paralympic Games from August 24.

Closing Ceremony Of Olympic Games At Tokyo 2020 Held On Sunday