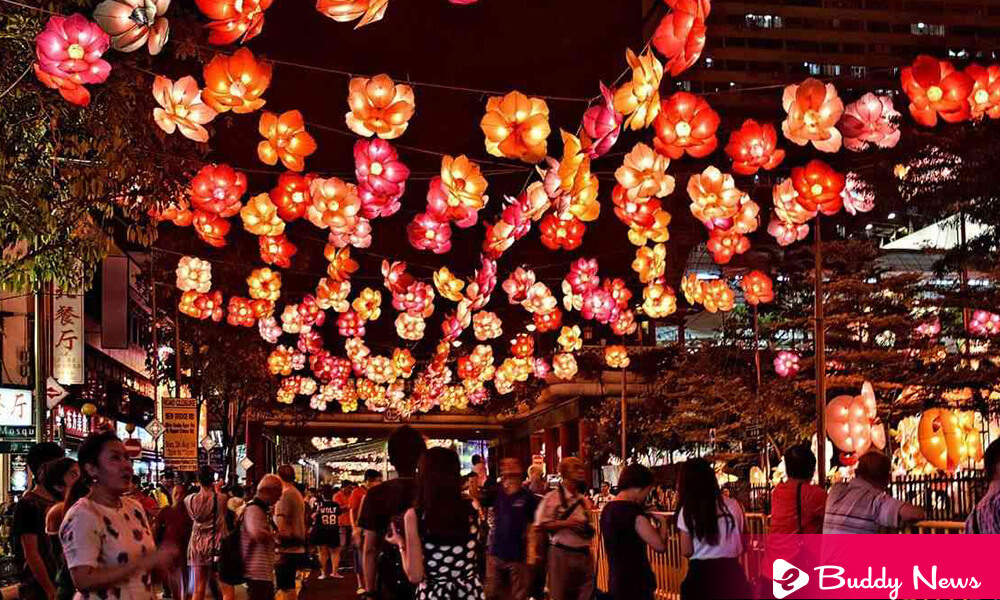 The Chinese popularly know this holiday as the “gathering party.” China celebrates the Mid-Autumn Festival on the fifteenth day of the lunar calendar’s eighth month. It owes its name that it falls precisely in mid-autumn, generally in September of the Gregorian calendar, which accords with the full moon. Thus, while they admire the extraordinary roundness of the moon as a family, anecdotes are told about their wanderings. At the same time, they dine and taste the famous round sweets called yuebing or moon cakes. And it is filling with red soybean paste, lotus seeds with a salted duck egg when cutting the cake in half, the round figure of the moon appears – or nuts. The roundness of the moon cake represents the family reunion, that is, complete happiness and satisfaction.

In ancient times, from praying for good harvests to the heavenly divinities, the sovereigns performed musical pieces dedicated to the moon when it was complete in the eighth month. In China, a famous saying goes: mid-autumn festival is when the moon shines the brightest.

The custom of eating mooncakes has a reasonably long history. It dates back to the Zhou dynasty (1050-256 BC), originating in a ceremony of offering sacrifices to the “queen of the night.” Also, in the Spring and Autumn Period (770-403 BC), we find references about the celebrations in honor of the moon. The first declaration of a Moon Festival comes from an imperial edict during the Tang dynasty (618-907). However, there is no precise historical indication as to when the tradition of eating mooncakes began.

To ensure their rule and prevent uprisings, the rulers of the Yuan dynasty (1279-1368) imposed the imperial order that every ten families use a single knife in their daily lives. Thus it ensured that people did not have metal weapons. These Mongols, who were popularly called the Dazi, perpetrated all kinds of evil. Zhu Yuanzhang, leader of the rebel movement, and his adviser Liu Bowen came up with the idea of ​​all the neighbors giving each other mooncakes on the eve of the Mid-Autumn Festival in china. Inside each of the cakes, they put a small leaflet with the following words: Let us all act on the fifteenth day of the eighth month to kill the Dazi and end the Yuan Dynasty.

In this way, the insurgents incited the neighbors to a popular uprising, as noted foreseen, at midnight. And while the Mongols slept peacefully accustomed to the merriment of the Chinese at that festival. The latter took up arms against the foreign invader, expelling him to his homeland beyond the confines of the Great Wall. Later, Zhu Yuanzhang founded the Ming dynasty (1368-1644). From this point, a widespread practice of giving cakes among the Chinese people on the eve of this festival. It has remained an ingrained custom.

For this famous festival, the Chinese have invented many mythological legends. One of the best known is the one that says that a beautiful lady lives on the moon, the wife of Hou Yi. With her arrows, a mythological character shot down nine of the ten suns that existed in her time and that damaged crops.

To reward his great work, the Queen of the Heavenly Court gave him a potion capable of making him immortal. But the beautiful lady, known by the name of Change, proved it behind her back by flying to the moon, where she stayed forever.

Thus, the beautiful lady became the Crystal Palace of the Moon owner, where a jade-colored rabbit and other mythological characters accompany her and crush medicinal herbs every day. Referring to this legend, the famous verses of the great poet Su Shi (1037-1101) go like this: I hope my loved one is safe and sound, at this moment, share the full moon with me. However, a distance of a thousand li separates us.

Over time, the preparation of the moon cake is perfected and sophisticated. Thus, now various ingredients are using for the filling, such as pipes, nuts, sugar, cocoa, chocolate, sesame, cheese, ham, ice cream, etc. What is true is that it has become an essential gift among the Chinese when they visit their family and friends or even at work.

This essential sweet for the formal occasion is not difficult to prepare; Usually made from flour dough with oil, water, and salt. The filling is wrapped, placed in a mold, and cooked in the oven. However, generally, people buy it in supermarkets wrapped in boxes with decorations and beautiful Chinese paintings.

One of the most surprising things about moon cake is the preparation of the filling. Each region and province of China has its customs and culinary traditions for the recipe. In addition to their suggestive fillings, they also have a striking decoration on the lid composed of some auspicious Chinese characters, such as happiness, longevity, harmony, and other good wishes, usually accompanied by floral images, rabbits, or other artistic drawings.