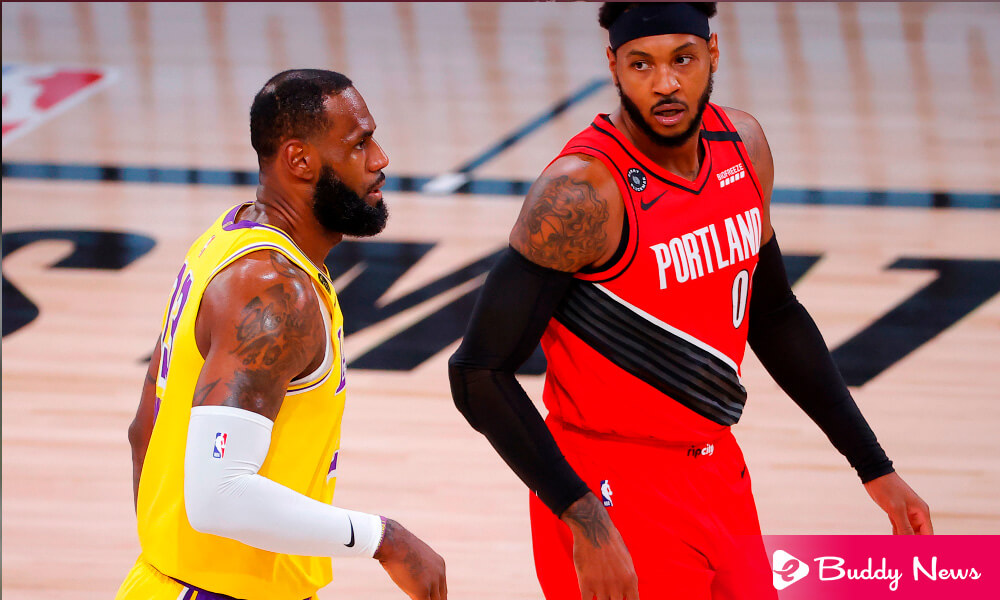 Carmelo Anthony In The Los Angeles Lakers As New Player

The goal is clear: win the NBA 2021-21 title at the hands of LeBron James. The Los Angeles Lakers don’t stop making additions in free agency and drop bomb after bomb. They already formed a fearsome ‘Big-4’ with one of the ‘King’s best friends,’ and they go for everything in the best basketball in the world.

Russell Westbrook was the first to arrive at the Lakers. The fans of the Californian team began to be excited about a ‘Big-3’ made up of LeBron, Anthony Davis, and Russ. Still, they needed one more piece and no one better for that position than one of James’s best friends in the NBA.

Through a five-second video on Twitter, Carmelo Anthony announced that he is a new player for the Los Angeles Lakers and will join the team. Somehow it makes Californian team fans crazy because a three-time Olympic champion shooter arrives with an average point per game of 13.4 points and an ERA of 40.9 % in triples. He will enter his 20th NBA campaign, still searching for his first championship after playing with other basketball teams. However, this will be his first time playing in the NBA, and with LeBron James, a former Olympian who entered the league in 2003 like Anthony.

Carmelo Anthony In The Los Angeles Lakers As New Player