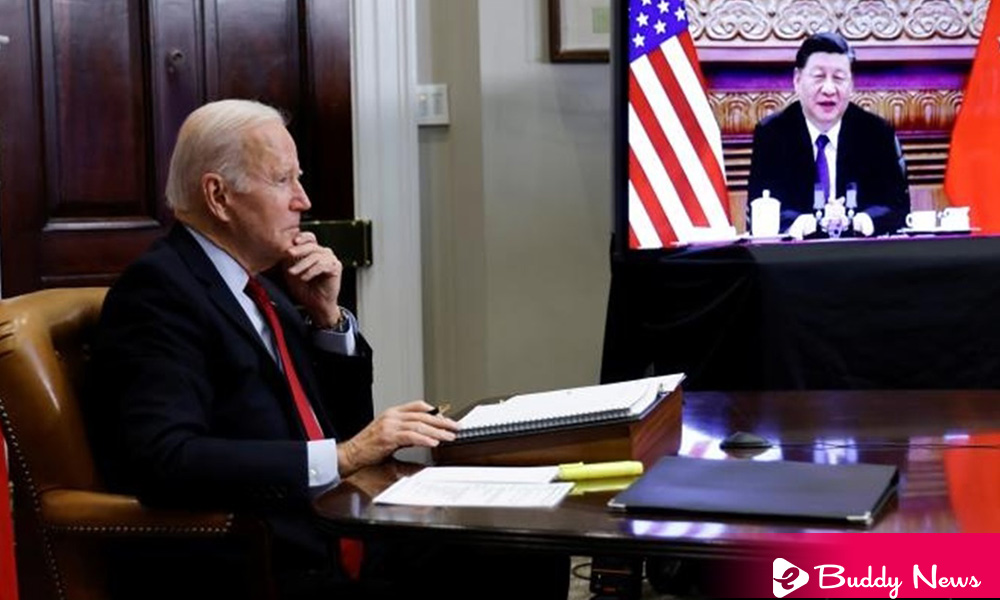 Speaking from the Situation Room, an ultra-secure White House office from where the United States conducts its riskiest operations and most difficult negotiations. President Joe Biden yesterday had an hour and a 49-minute conversation with his Chinese Xi Jinping where the central issue was the war in Ukraine. Seeking to dissuade Beijing from aligning with Russia, Biden warns of consequences if support of China for the Kremlin turns from words to actions. But the US president found a definite response from Xi that, Relations between states cannot reach armed confrontation.

The two leaders began the video call at 9:03 am ET. Biden did expect to call on Xi to distance himself from Russian President Vladimir Putin. The troops of the latter invaded Ukraine on February 24. Since then, China has avoided condemning the Russian invasion and has blamed NATO for the conflict.

China’s Foreign Ministry was the first to release a video chat text, lamenting the conflict and confrontation as not in anyone’s interest, without blaming Russia.

According to Beijing, the conversation, of a constructive and sincere nature, focused on how to end the war and the request that the United States holds, together with NATO, talks with Russia to resolve the causes of the aggression. The official statement from China does not mention the warnings made by Biden.

The White House said that, while Washington described the exchange as ‘frank,’ Biden also took advantage of the conversation to warns of the implications and consequences of China. If it materially supports Russia while launching brutal attacks on Ukrainian cities and civilians.

According to the Chinese version of the meeting, Xi used the word war, which his government has avoided – and the term invasion – to refer to the Russian attack on Ukraine. The Chinese leader also demanded lifting the West’s sanctions against Russia in punishment for the invasion. Beijing considers that if they increase, it will harm the global economic recovery.

In the opinion of the Chinese leader, the solution to the crisis must also go through the open talks between NATO and US on one side and Russia is on the other to resolve the origin of the Ukrainian crisis. It must have to tackle the security concerns of both Russia and Ukraine. Xi said that the main priorities now are to continue dialogue and negotiations to avoid civilian casualties. And also need to look to prevent a humanitarian crisis, cease fighting and end the war as soon as possible.

According to Washington, Biden also underscored his support for a diplomatic solution to the crisis. The White House said that the two presidents also agreed on the importance of keeping the lines of communication open.

Xi said it is necessary to show mutual respect among the great powers, abandon the Cold War mentality, avoid confrontation. He also added that gradually build a balanced, effective, and sustainable regional and global security architecture to resolve the conflict in the long term.

According to the Chinese public network CCTV, Xi warned that relations between states should not deteriorate to reach a level of confrontation. He emphasized that the Ukrainian crisis is not something we would like to happen.