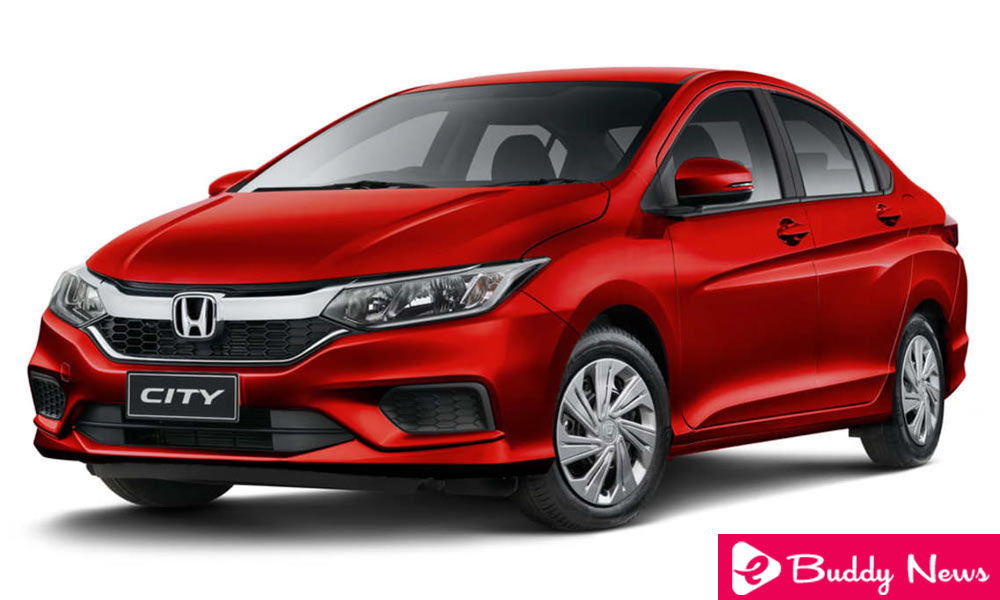 Launched in Brazil in 2009, Honda City was a good show of Honda at the time. Being derived from Fit, his development was kind of paid for. It was enough for this to design a three-volume body taking advantage of the versatile brother. It was also a period when Honda enjoyed the success of the New Civic, a model that attracted a new clientele to the brand, but also amazed those who liked the peaceful look of previous generations. That is, with City the automaker could offer a more predictable sedan option.

By the standards of the end of the last decade, the City was almost an average sedan, much more spacious than the compact except the Renault Logan, for example. So Honda was able to charge it a little bit high and the initial result went well: in 2010 it was the second best selling car in Brazil, only behind the Fit and ahead of the Honda Civic, then already in decline in the sales.

The situation remained positive in the following years until Honda launched the second and current generation in 2014. Instead of rising, sales stumbled for two years in the house of 25 thousand units (against 35 thousand of the year of debut). With the crisis and internal competition from other cars on the assembly line, City has been in the background in recent times. Now, four years after its arrival, the second generation gained a light and well-established facelift already in line 2018. It is this car in the Honda City EX (second most equipped) version that automotive lived for a week. 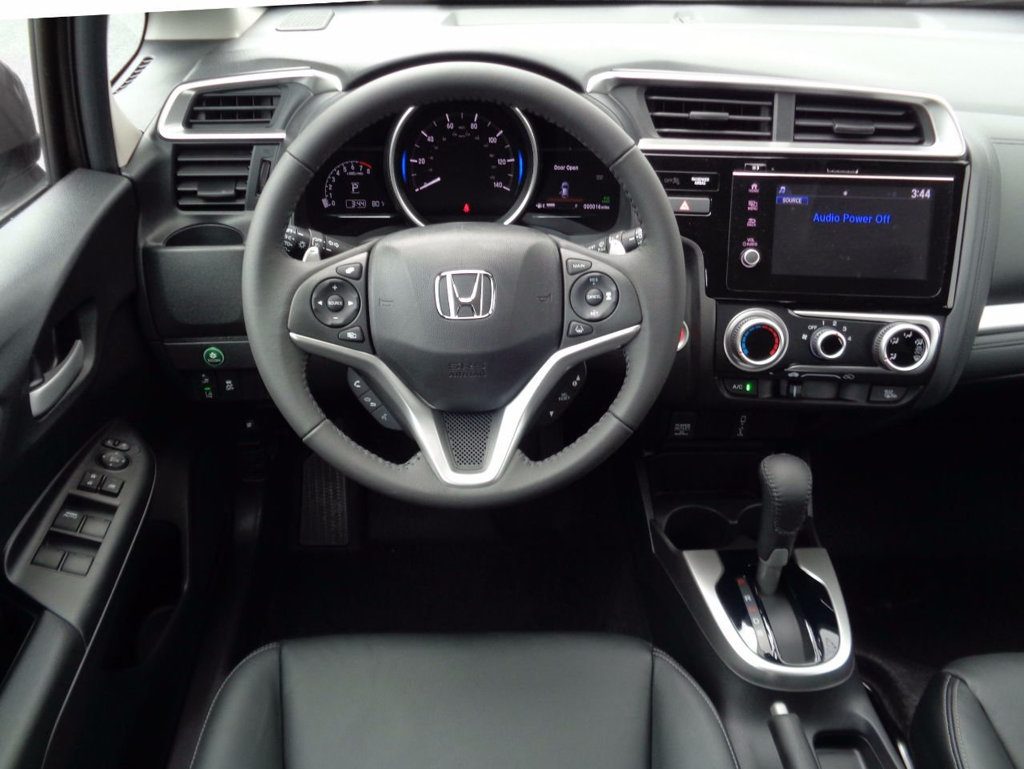 As is usual when updating the look of a car that belongs to the other generation seeks to print on it the latest features of the brand. It only reminds of veteran Clio in his last stage in Brazil where he received the grid of the newest models of Renault. But if this case was a forcible adaptation in the City the front “the Civic” pleased. He left the sedan looking wider.

For this, it was necessary to redesign the whole optical assembly and the grid without changing fittings or the hood, which reduces the costs for the assembler. Of breaking, a new bumper, more simple piece to be changed, and we have a new car.

In the back, even more, simplicity. In addition to the new bumper, a laterna with rethought elements and which are now aligned with the metallic ruler of the trunk lid. The adoption of wheels rim 16 with low profile tires (185/55) gave the finishing touch in the versions LX, EX, and EXL.

In addition to the aesthetic part, the Honda City EX 2018 has gained more content, another attitude expected in these cases. The EX version, for example, now has four airbags instead of two and a superior sound system with eight speakers. But Honda slides in not equipping it with a multimedia central station, the privilege of the EXL version. Instead, we continue with the simpleton digital system with a 5-inch screen and poor information. On the other hand, the Honda City EX version features digital air conditioning with a touch screen, satellites on the steering wheel, on-board computer, aft camera and paddle-shifts on the steering wheel, among others. 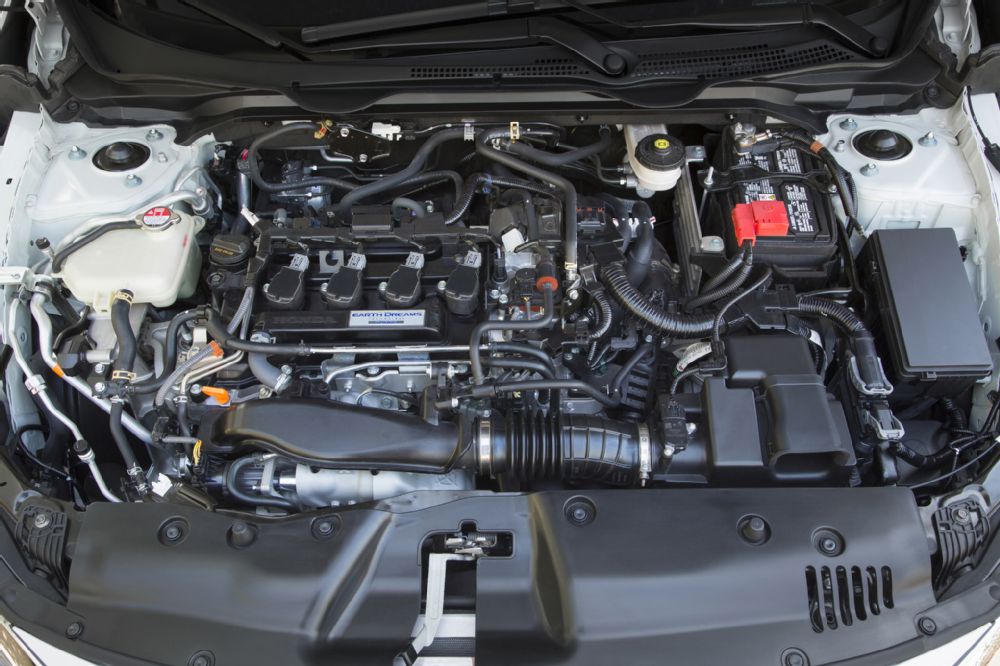 The finish is quite honest, mixing elements in plastic with fabric and even leather like in the steering wheel. The City is a quiet rolling car and well-fitted parts besides very comfortable seats. That is, it continues to fulfill its proposal of easy and predictable direction.

Speaking of which, the mechanical part did not have news, and there is a point where Honda is abusing luck. Yes, the 1.5-flex engine and the CVT gearbox make up a good set, but they do not account for a car with four or five occupants. Resumes are delayed and the transmission does not have the agility to compensate this. With 116 hp and 15.3 kgfm of torque, the engine owes performance to the sedan, but Honda does not seem willing to evolve in that regard.

The 1.5 turbo engine, its greatest novelty, continues as a privilege of expensive or imported cars. And to think that it has there is some overseas propeller 1.0 i-VTEC tube of about 130 horsepower, and that was already hinted to Brazil.

Bigger sin, however, is even the absence of stability and traction control. A relatively simple but so important item, today is inexplicably available only in Fit. Difficult to understand that other argument that not economy for the own pocket Honda can have to not offer the item in the City. Toyota did something similar to Corolla but recently redeemed itself by equipping it with ESP.

Competition knocks on the door 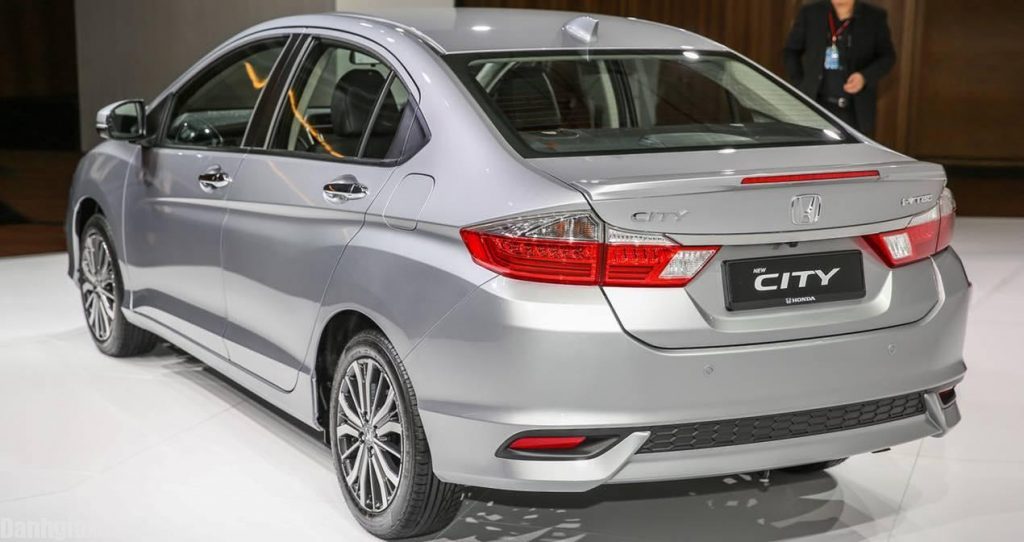 This year, City turned the flashlight into sales among the vehicles that Honda produces in South America. It even loses to the erased WR-V, adventurous version of the Fit. It can and should improve after touches, but taking the sedan home is to ignore better cars than it is available in the market starting with Fit itself.

In addition to costing less ($ 2,300 to be exact), Fit brings standard stability control without mentioning the ULT system, which allows banks to be folded and configured to carry various items. The City takes advantage of the larger trunk but loses in some respects in the inner space. That is, there is no reason for the sedan to be more expensive than the (erroneous) perception that it has more appeal to customers (which smaller sales prove it does not have).

But it’s the new Virtus, from Volkswagen, which shows how City is off the charts. The Polo-derived sedan that hit the market in February is superior in almost every respect to Honda and costs just over $ 2,000 in the Highline version.

The Virtus client, however, will have standard traction control and stability as well as a multimedia hub that connects to CarPlay and Android Auto (or City Dream). If they match up at various points like safety (four airbags, Isofix), comfort (electric steering, digital air, height adjustment and steering wheel depth and electric rear view mirror), the VW lavishes on performance with its 1.0 turbo direct injection engine of 128 hp of power (have you thought if the rumor was true and the Honda City Ex already had its turbo engine?) and a six-speed automatic transmission.

The Virtus, in practice, is even larger than the City in some measures, although it has a slightly smaller trunk (521 liters versus 536 liters). The City’s consumption is a bit smaller, but not proportional to the loss of power and torque compared to the Volks.

In summary, the feeling is that the metallic “H” placed on the grille is worth much more than the Honda City EX 2018 delivers. Time to improve content or lower prices.