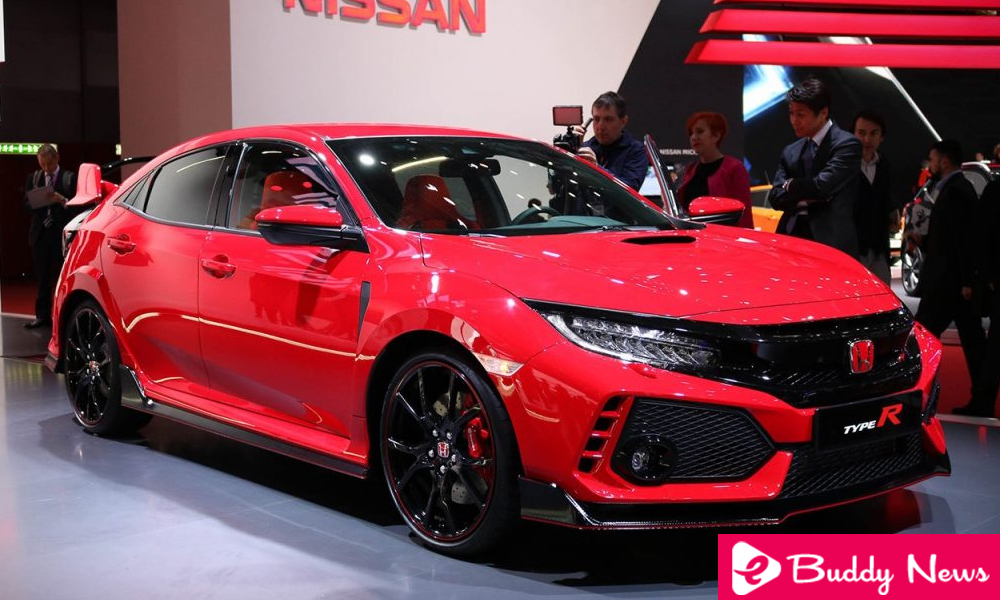 Up to 4,000 rpm, the generous torque of the 2.0 turbo engine is in charge. But in the Honda Civic Type R, the business is to forget the numbers and feel the excitement behind the wheel. After 4500 rpm, some extra lights come on the dashboard and reveal a new world in which the roads are too short. We need to look for a more suitable place – the track of our Italian partner Quattroruote – to evaluate handling and extract up to the last tenth of a second of the most nervous variant of the Japanese hatch (which is not sold in Brazil, nor will it be so soon).

We’ll be back on track soon enough, but first, let’s see how Honda Civic Type R goes down the road. The engine, one of the big highlights, is actually an evolution of the previous one – it has 320 hp, ten more than in the previous generation. In the rest, the car is all new, longer and lower thanks to the adaptive suspensions. And also because of them, the driving mode Comfort joins the already known Sport, and R. What does not change is the will to surprise. And that it does well, with front splitter, rim 20 wheels (they were 19 “) and giant air intakes. The rear is dominated by the touring-type airfoil and a triple exhaust in the middle of the diffuser. The exaggerated look is part of your DNA.

Let’s go inside. Now you sit closer to the asphalt, and the instrumentation – on a single level, like the other Honda Civic – can be seen through the middle of the steering wheel. More practical. There are peculiar details. I am not referring only to red seat belts, seats with integrated headrests and aluminum pedals, but also to the gearbox with the same material: a trademark of the Japanese track models. The cluster has thematic screens, which can prioritize chronometer, turbo pressure, throttle load and lateral and longitudinal brakes or accelerations, among other options. Playful features that make Honda Civic Type R fans feel “at home”. 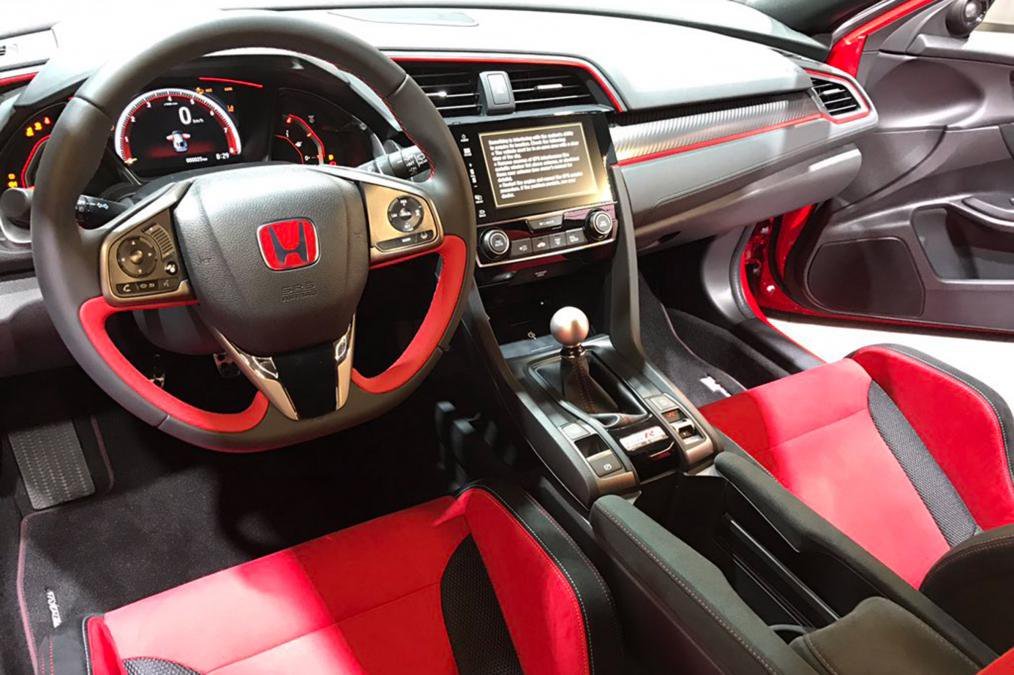 On the road, the whole thing changes a little bit, thanks again to the adaptive suspensions (standard), with variable damping. In addition, now the rear axle has the most sophisticated multilink system. Let’s make it clear: The Honda Civic Type R is a hard car, mainly because of the rear axle, but in Comfort mode, it is not so extreme and can even adapt to everyday use. More than anything, care must be taken with the profile 30 sports tires (previously they were 35), “enemies” of every hole.

Now, if you prefer to ride slowly, no problem: engage any gear, even the highest ones, and gently press the throttle. The turbine engine starts responding at 1,500 rpm, and not lazy at all. The marriage with the manual transmission was very well done: the marches have short and well-staggered relationships, so the car always responds with vigor. And the stroke of the lever is also good, passing a sensation that escapes the tradition of this hot hatch. Now the couplings are lighter, not requiring the biceps of the gymgoer and not making us lose our timing. Thus, in the accelerations, the spins rise without interruptions. But the clutch is still quite heavy (almost 12 kg).

Using the selector just to the right of the shift lever, I select the Sport mode. The steering gets heavier, the suspensions a little firmer, and the throttle response improves. Honda Civic Type R is getting ready to do its best. In all. When I select the + R mode, the most extreme of all, the instruments turn red, the steering is even difficult to steer and the suspensions become stone-hard. But no problem – Quite the contrary, because the track is even better. In fact, only one thing bothers you: in the left-hand curves, the elongated rear-view mirror slaps the view of the inside of the track. So, for a few moments, it’s hard to see exactly where the wheels are going. 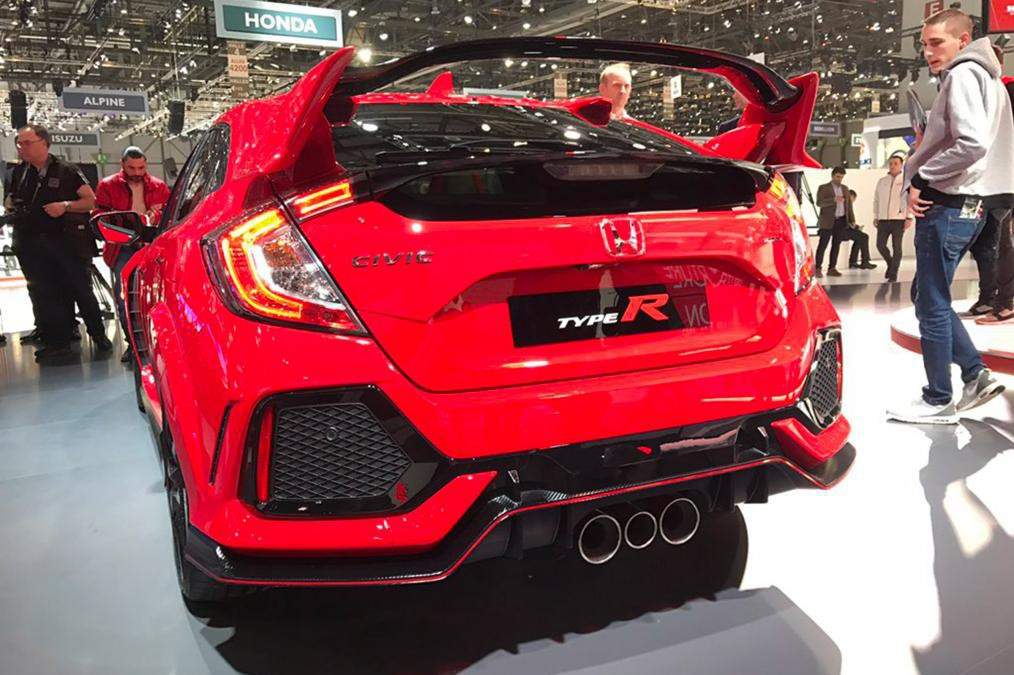 It’s true that the Type R is extremely effective and accurate, but it’s never too “nervous”: guiding it may seem relatively easy. There is also an unexpected draw in the outputs of the curves, thanks to the self-locking mechanical differential. Even so, it’s a car that needs to be handled with care because the performance is exceptional and the grip extremely high – thanks to the low center of gravity. In addition, in the + R mode the body roll is zero, so the traditional “warnings” to the driver about the limits of the car are not so plentiful.

With space left on the track, the 2.0 turbo can be stretched in an electrifying progression that culminates at 7,000 rpm, with the shift-light indicator flashing and an abrupt and precocious turning cut. With so many horses on the front axle, however, even on straight lines you need to weigh the power carefully. In short, this Civic is pure pleasure at the wheel, a car that knows how to reward a good driver.