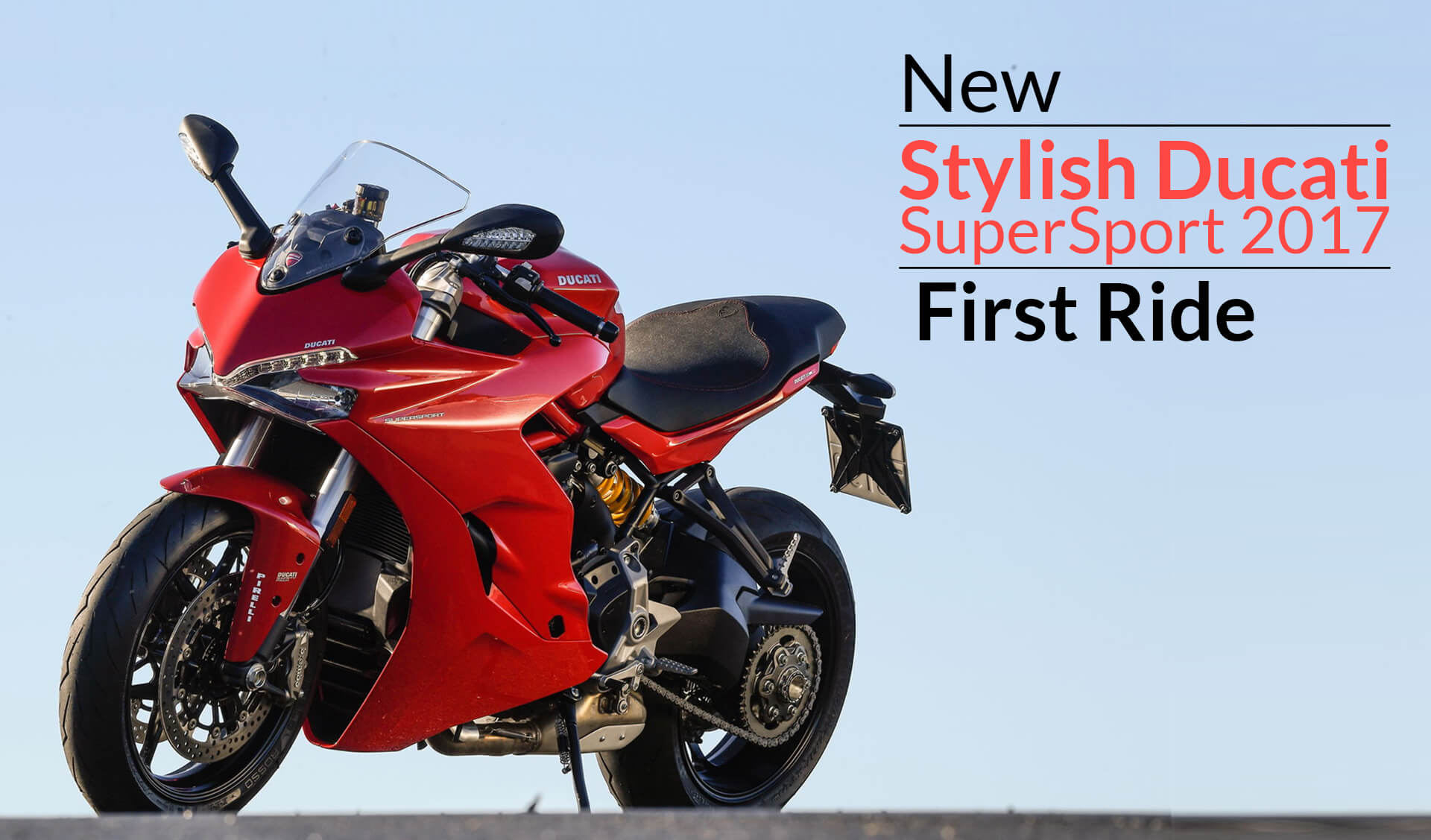 Ducati’s SuperSport is back, aimed at plugging a gap in Ducati’s lineup missing since the model was discontinued  back in 2006. The revival is positioned as a more accessible first cousin of its Panigale line ― something you may go for the track on Saturday, tour with on Sunday, and ride to work on Monday without significantly compromising comfort, performance, or the brand’s MotoGP-inspired styling.

That’s a lot to ask out of one motorbike. To find out how well the new SuperSport works in various riding situations, we took the model for a spin in Spain at the Circuito Monteblanco and the country roads outside Sevilla. All 2017 SuperSport models get a 937cc, 113-horsepower engine, anti-lock brakes, quick-shift technology, traction control, and three digitally calibrated riding modes.

The standard model can hit the showroom floor in April with a base worth of $12,995. For the track portion of our test, we focused on the $14,795 SuperSport S, that brings a totally adjustable set of Öhlins shocks front and rear. The S also comes standard with the Ducati Quick Shift (DQS) technology (a $289 upgrade to the standard SuperSport) that permits for clutch-free gear changes. 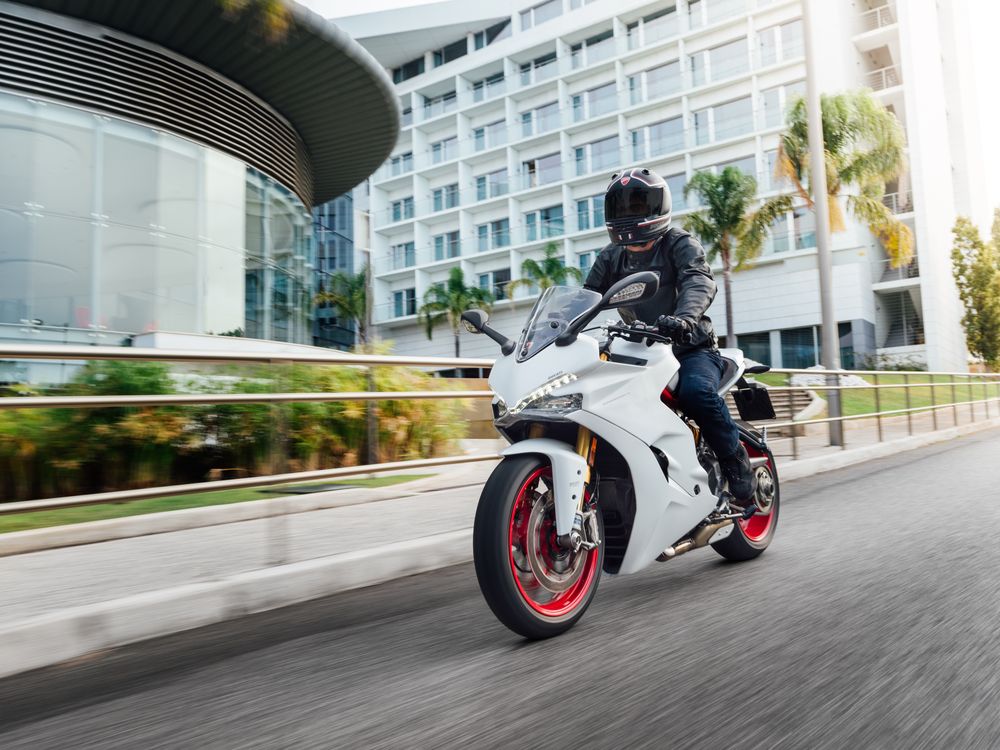 As we throttled the bike out of the pits, the SuperSport’s first notable feature was its wonderful low-end pull. Eighty percent of the bike’s torsion is available at 3,000 rpm, and the bike surges up and forward with a growl as shortly you twist the proper grip. During the first track session, the bike was simple to ride, responsive and forgiving where my lines and braking in tight corners were definitely inopportune.

The SuperSport’s anti-lock brakes, traction control, and nimble manoeuvrability helped me correct for mistakes without any brake lockups or embarrassing white-line crossings. On the track’s straight I banged the Ducati by all six gears, finding a lot of comfort over 130 miles per hour than anticipated. The motorbike delivered an adrenaline-satisfying stream of power, while feeling safe and stable at high speed.

In between track sessions, the SuperSport’s chief engineer, Giuseppe Caprara, guided us through its impressive list of choices. Three different processors link the ABS, traction control, and engine settings, which might be simply adjusted through a button on the bar and the bike’s digital instrument panel. Ducati’s ride-by-wire electronic throttle control also offers 3 power delivery choices for the 406-pound machine. 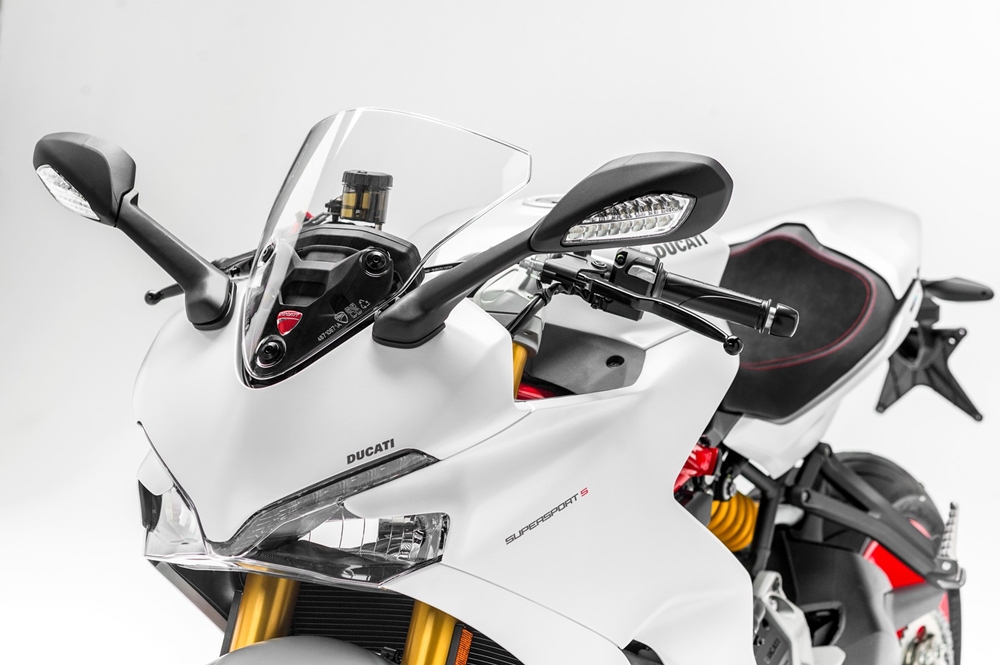 Urban drops the engine to 75 Horsepower, while increasing traction control and ABS sensitivity. Ducati’s SuperSport could be a very likable machine with solid power that starts down low, continues through the mid-range and finishes with a nice top-end flourish. It handles well, appearance and sounds great, and performs equally well on the road and the track. We’d select the S version, even with its $1,800 upgrade fee, so as to enjoy the bike’s sweet technology, clutchless quick shifting, and the ability to customize it more specifically to our riding style.

One of our bike analayzers had a poignant observation. “The SuperSport is the motorcycle most sport riders may actually get the foremost out of and fully ride, versus the brag bikes they can not, however want to talk about.” Fair point. For us, the new Ducati delivers each. The SuperSport got us riding quick and talking about it all the means back from Spain.