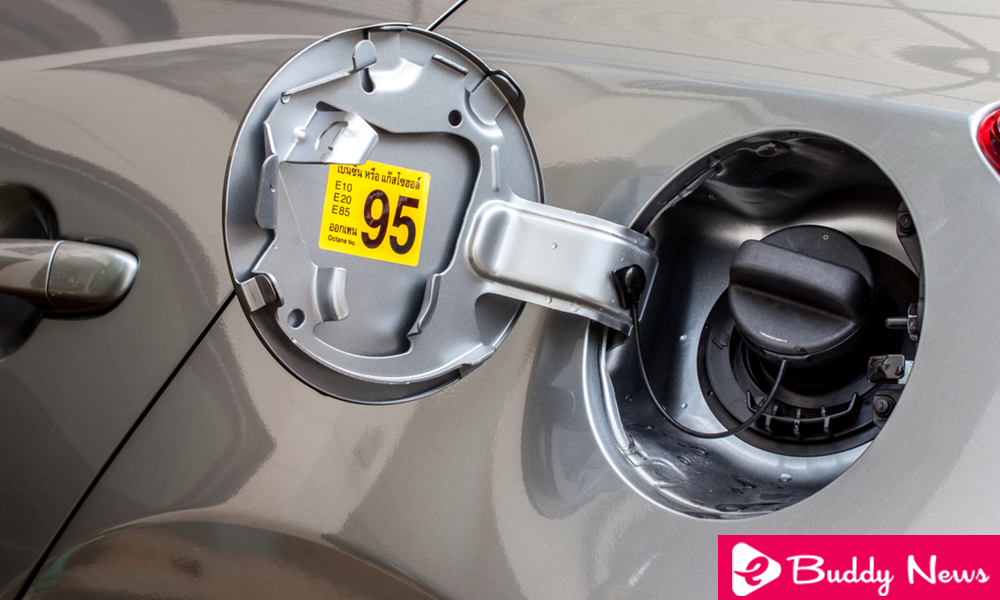 Although it seems strange to some, to drain fuel tank is a method to achieve some goals. An example is a wrong supply. Let’s say that the car is driven only by gasoline and suddenly the bicycle filler fills the tank thoroughly with ethanol. Or worse, the vehicle (probably a pickup) would be diesel, but the erroneous supply put ethanol or gasoline into the tank.

In this case, in addition to removing all fuel, it is also necessary to drain the feed lines into and out of the tank as well as the fuel filter. Important: never run the car if the fuel supply is not recommended, especially in the case of a diesel cycle receiving Otto cycle fuels (petrol and ethanol) or vice versa. Operating the car with a fuel different from its mechanics will result in damages that can be catastrophic.

This is just to exemplify one of the reasons. Another, for example, could be the replacement of the tank for some damage. Others do so at the time of the sale of the vehicle to avoid leaving any residual fuel in the tank. But then, how to drain fuel tank?

Do you remember the old hose? Well, it works well to put the fuel content of a small gallon into the tank, but even if it is to remove it from there, the problem is that the method is harmful to health by the ingestion of gases and the fuel itself. Also, the risk of fire is greater because there may be leakage when putting the hose in the gallon of fuel. Therefore, there are safer methods that allow to empty the fuel tank completely. We’ll talk about them below.

3 Easy Ways to Drain Fuel Tank of your Car 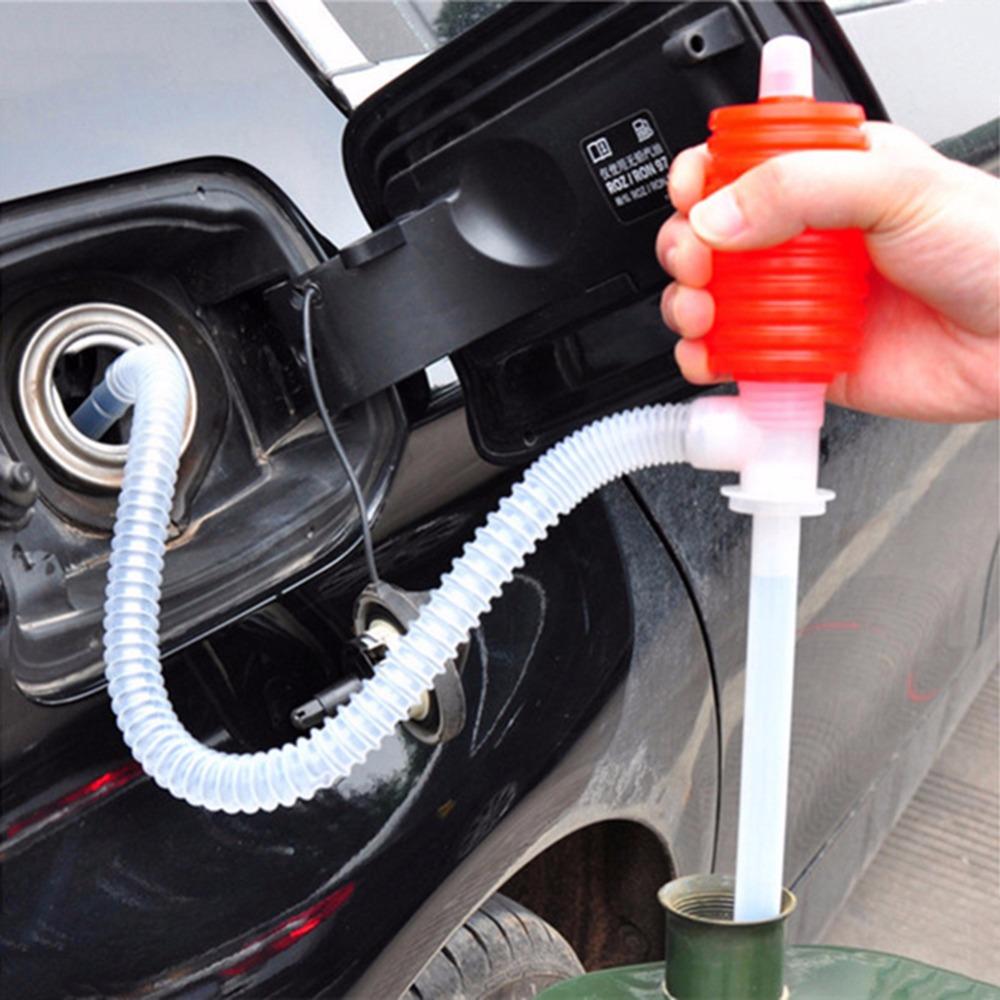 The fuel siphon is a product easily found in the vehicle accessory market. It is a simple device and does not cost more than $ 20, usually. But to use it, the owner of the car must first empty the fuel tank until it is well at the end of the reserve. The ideal is to consume all the fuel until it comes almost to the end, unless the fuel is wrong, so it is not recommended to operate the car in this situation. Then it is necessary to leave the engine and the car to cool to avoid a fire. All fuels handled outdoors or in an unsuitable environment create an enormous risk of combustion.

Using the fuel siphon, it is possible to completely drain fuel tank, but you can also use it in the reverse direction to insert fuel into the tank. This pump is manual, and one of the hoses (the inlet) is in the fuel tank of the car and the other hose (the outlet). The hose size is usually at least 1.8 m and has a thickness of 9 mm. Insert the inlet hose into the nozzle until 60 cm from the material is out, this space is enough to pump the fuel safely, pouring it into the gallon.

But, there are some tanks that have more than one compartment, and this makes the process very difficult to be done at home. In this case, a specialist workshop is recommended. Another obstacle, especially if the car is new, are watertight screens or floodgates that prevent fuel from escaping from the tank in the event of an overturning of the vehicle. There, the ideal is to use a non-deformable pipe to force the hose in, but only if it does not require too much force, because the tank access tube can be damaged, increasing the risk of fire in common supply.

Then start pumping the siphon, so the fuel begins to fill the gallon. Observe the position of the hose so that it does not come out from inside the tanquinho, thus preventing its exposure to the atmosphere and potential fire. Always have a near extinguisher for eventualities. It can be the same as the team of the car if this is not new since the latest ones do not use the equipment because it is no longer mandatory.

After filling the gallon, if necessary, use a second until there is no more drop of fuel in the tank, which can then be repaired, replaced or refilled with the right fuel. In the latter case, reuse the fuel in another car. In times where prices per liter are very high, discarding fuel is almost a “crime,” but if you can not get in touch with authorities or firefighters, but never dispose of anywhere, as the risk of fire or environmental contamination is huge.

Remember the hose? Here she comes again, but this time with a company. If there is no fuel siphon, the person will need a second hose. The first one goes inside the tank at one end and its output straight into the gallon. Insert the second tank too, but in this case, you need to blow air quickly and forcefully through the tank, forcing the fuel out of the tank through the first hose, going straight to the gallon. Also, the same safety rules apply. In this and the other method, the siphon, the time to empty the reservoir completely is time-consuming. 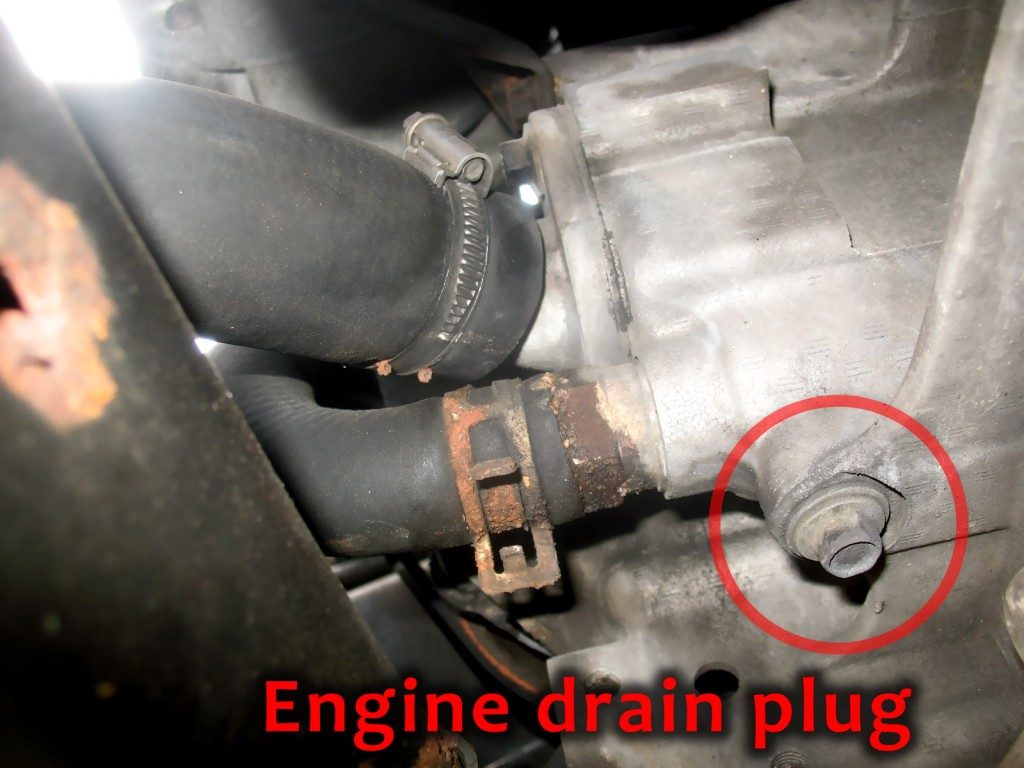 The outlet tube is another means to drain fuel tank completely. This is a small outlet at the bottom of the tank, which works using a screw, which needs to be removed with a wrench or socket, depending on the type of outlet installed. It is necessary before that, to have an idea of how much fuel still exists in the tank and have several containers to collect the fuel. The process is very time consuming and will require attention and a fire extinguisher for eventualities.

But, not every car has exit tube. If not, another exit is to use a line of fuel that goes under the car, disconnect it from the line of an exit of the tank and use a container to collect the fuel. However, there is a bad detail in this method. For the fuel to come out of the tank, the ignition switch must be switched on and off several times, so that with each preparation for ignition, the fuel pump is started. In some cars, open the door when unlocking the car, so that the pump begins this work.

Even so, there is one more way if the outlet tube is not available or the screw cannot be removed. In the engine compartment, the cars have needles in the feed system, where it is possible to disconnect them and fill the gallon. But, the pump must be operated using a computer or with an electrical charge of its operation, so that it continues to pump continuously.

If you have a car that almost never sees the asphalt, then you need to drain fuel tank. That is, it will be necessary to drain after six months to a year stopped. The reason is that unused fuel spoils, especially Brazilian gasoline, which has 27% ethanol added.

With this additive to the petroleum derivative, the useful life of the gasoline falls a lot and its quality as well. Also, debris or dirt may accumulate near the fisherman, which can cause it to clog and even burn the pump. The fuel pump’s buoys or the device itself need to be replaced, depending on the model.