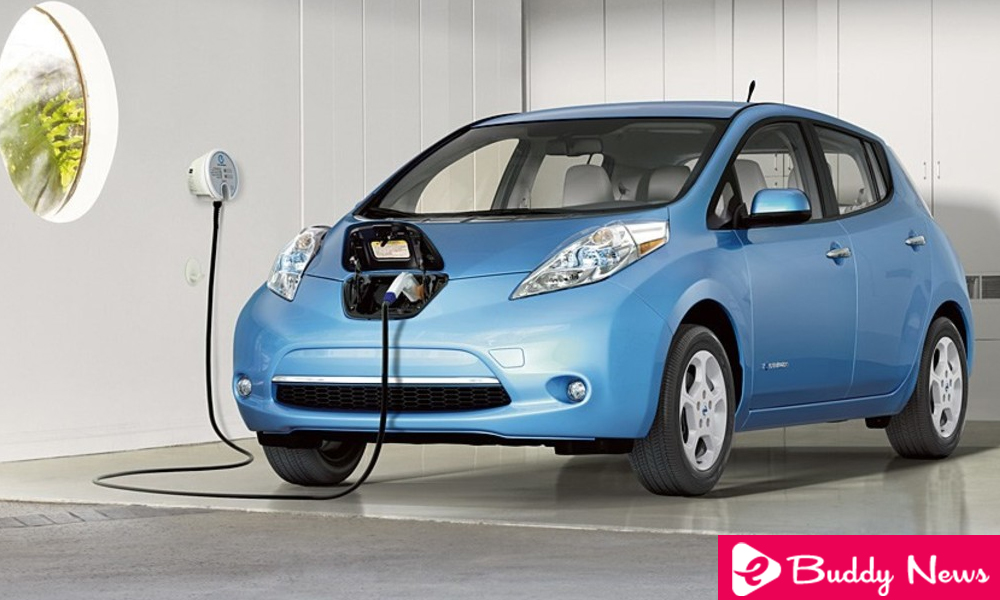 Weeks pass and practically all car brands claim that they will electrify their ranges and models by 2020. That is, will they only manufacture electric cars in less than two years? If it sounds strange, it is because it is. Reality is much cruder than what the communication departments of the manufacturers would have us believe. These are the seven manufacturers who say that by 2020 they will only manufacture or sell plug-in electric and hybrid models.

Why do they all talk about 2020? Because that year will come into force, the new average CO2 emissions agreed by the European Commission, and that must respect all manufacturers but want to be subject to fines million. The average of the entire manufacturer’s range should be a maximum of 95 g / km. With the diesel condemned to die, to lower the average emissions of cars that sell there is no choice but to opt for electric cars.

When almost all manufacturers insist that they will “electrify their entire range by 2020”, they are aware that the public is going to think of electric cars, or at least plug-in hybrids or PHEV (Plugin Hybrid Electric Vehicle). However, it is not like that. If we look beyond the headline given by the brands, we will see that most speak of “mild hybrid” models so that the average emissions of their range will be below the limit of 95 g / km of CO2 imposed by the European Union.

Many of those manufacturers will have one or more electric models in their range, but cars with internal combustion engines will still be very present in their ranges. Most of these will be with a slight hybridization of 48V ( we tell you what it is and how it works here ) -mild hybrid- that does not allow to circulate in electric mode. Thus, in the end, there are few manufacturers that claim to opt for electric mobility in 2020. 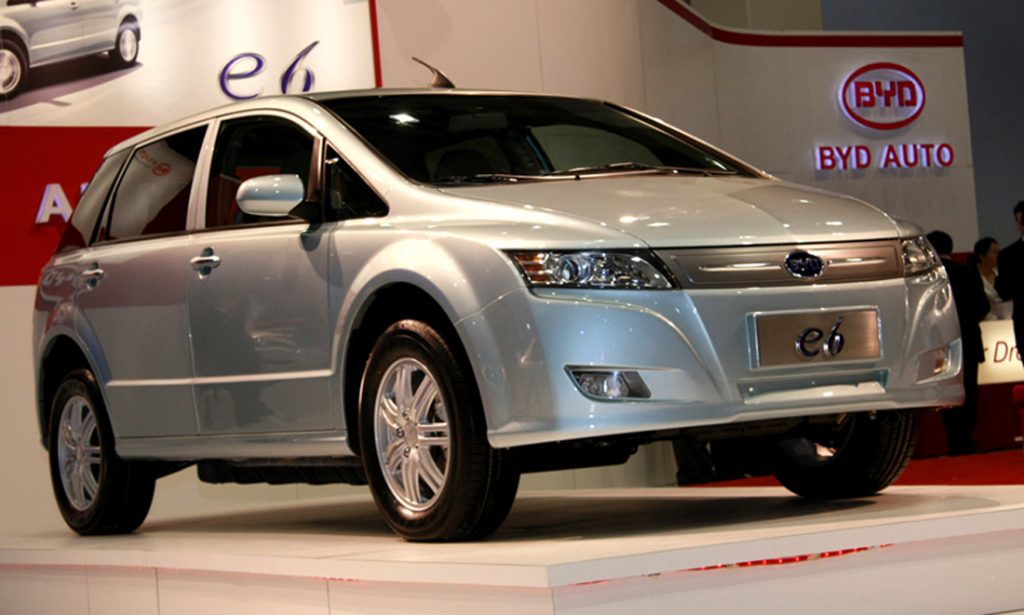 BYD is an unknown Chinese manufacturer of the public, in spite of having importers using the European continent, including Spain, it is a giant of the electric mobility. In 2017 it sold 108,612 electric and PHEV cars. In Spain, you can see some electric BYD E6 as a taxi. In the United States, BYD proposes only electric buses, while in Europe, the BYD E6 minivan is added to the range of its electric buses manufactured in Hungary.

Although in Europe and the United States, BYD proposes only electric cars, it is not the case of China and other Asian and American markets, such as Ecuador. There, the electric range shares the limelight with more classic models (and that have a strange resemblance to old Toyota and Mazda productions aesthetically) with an internal combustion engine. 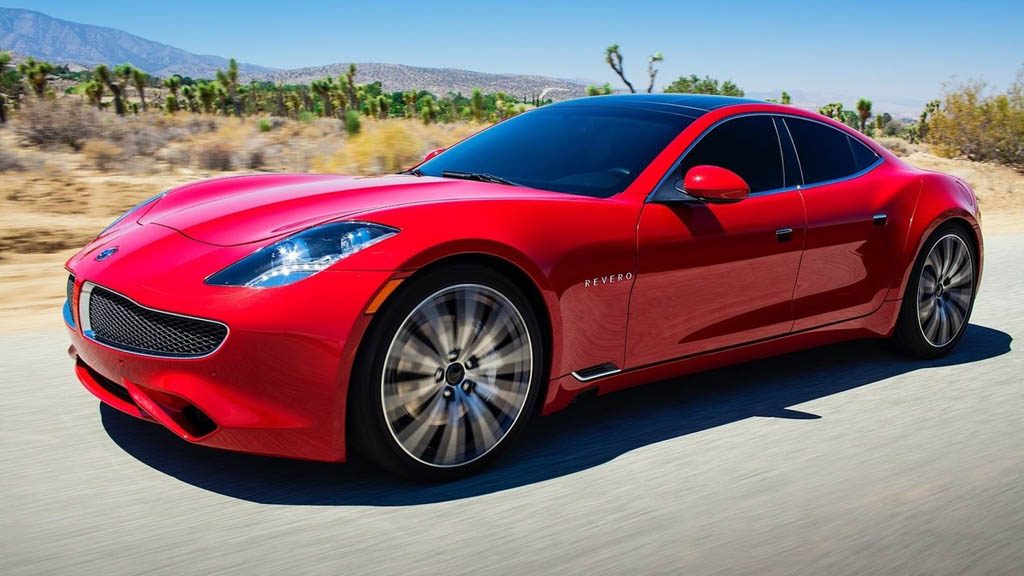 Karma is the brand that has resurrected the plug-in hybrid created by the designer Henrik Fisker, the famous Fisker Karma. Now, we are talking about Karma Revero PHEV. It is a luxury sedan, whose exterior and interior design has hardly changed.

The electric motor delivers a power of 301 kW (403 hp) while the 2.0-liter petrol engine from General Motors can recharge the 21.4 kWh battery (previously it was 20.4 kWh). At present, using a 2.0-liter turbocharged 175 hp as an onboard generator does not seem the most suitable solution. But if the owner does less than 50 miles a day, he does not need to throw gas. 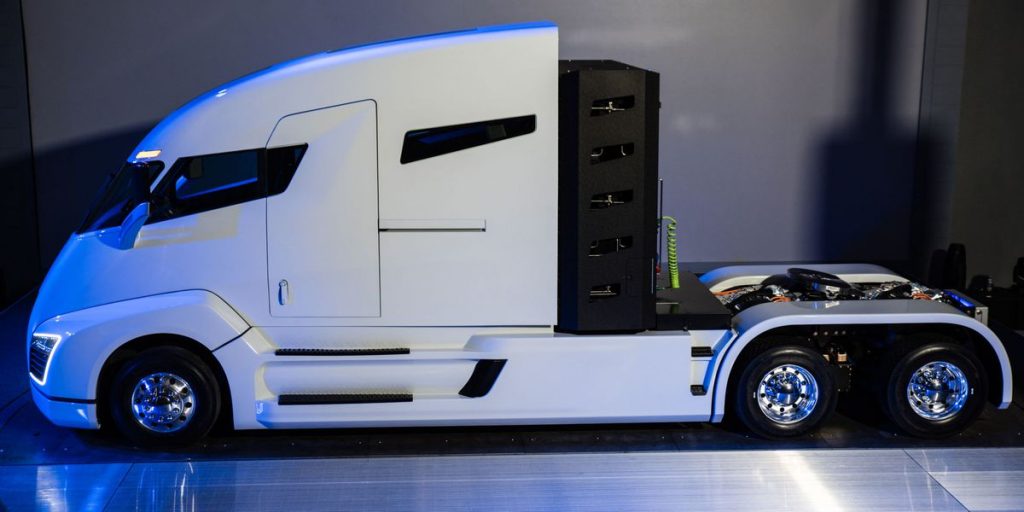 Nikola Motor Company is not the typical start-up electric car. Your bet is to change the world of transport. The Nikola One, its first model, combines a hydrogen turbine to power in electricity the lithium-ion battery of 320 kWh and six electric motors placed on each of the six wheels (no twin on the rear axles).

There is the talk of the total power of 1,000 hp and a huge torque of 5,017 Nm. Also, the Nikola One will only be available under the leasing modality. It will cost between $ 5,000 and $ 7,000 per month and includes the guarantee and supply of hydrogen for the first million miles (1.6 million km). 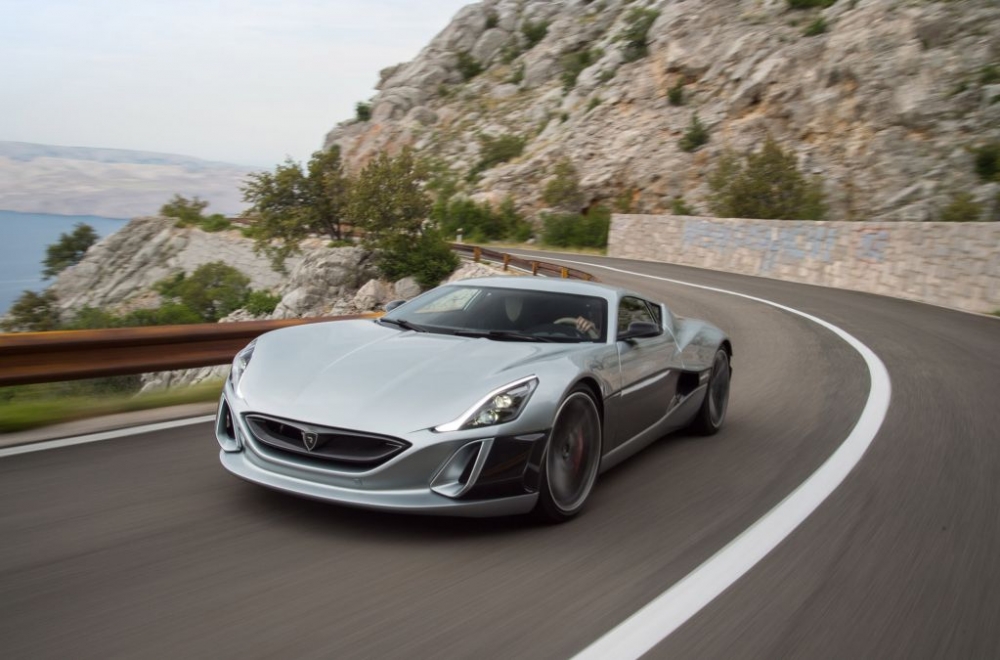 This small company created by Maté Rimac is one of the pioneers and most important in Europe. However, as many engineering studios work in the shade for other manufacturers. So, Rimac collaborates with Koenigsegg, helped develop the Jaguar E-Type Zero we saw recently at the wedding of Meghan Markle and Prince Harry and would have worked with Apple on autonomous driving issues.

Even so, it already has two 100% electric cars put on the market. The Rimac Concept-One is a series limited to eight units (at the price of approximately one million euros the unit is already sold). Equip four engines -one for each wheel- located in the center of the axes and next to an 82 kWh battery. In total, they develop some 1,088 CV and a maximum torque of 1,600 Nm that allow a 0 to 100 km / h in 2.6 seconds.

The urban car brand of the Daimler group has confirmed that by 2020 it will only have electric models in its European range. Currently, the three models that make up its range ( smart fortwo, smart fortwo cabrio, and smart forfour ) are available with gasoline and electric motors. But for the Daimler group to meet the goal of 95 g / km of CO2 on average by 2020, only electric versions will survive that year.

As of this 2018, in the United States and Canada, smartphones are sold exclusively in electric versions. Even so, smart will not be a manufacturer exclusively of electric cars in 2020, because in the Chinese range it will keep the gasoline engines. And it is still curious that it is in China, one of the countries that most promote electric mobility. 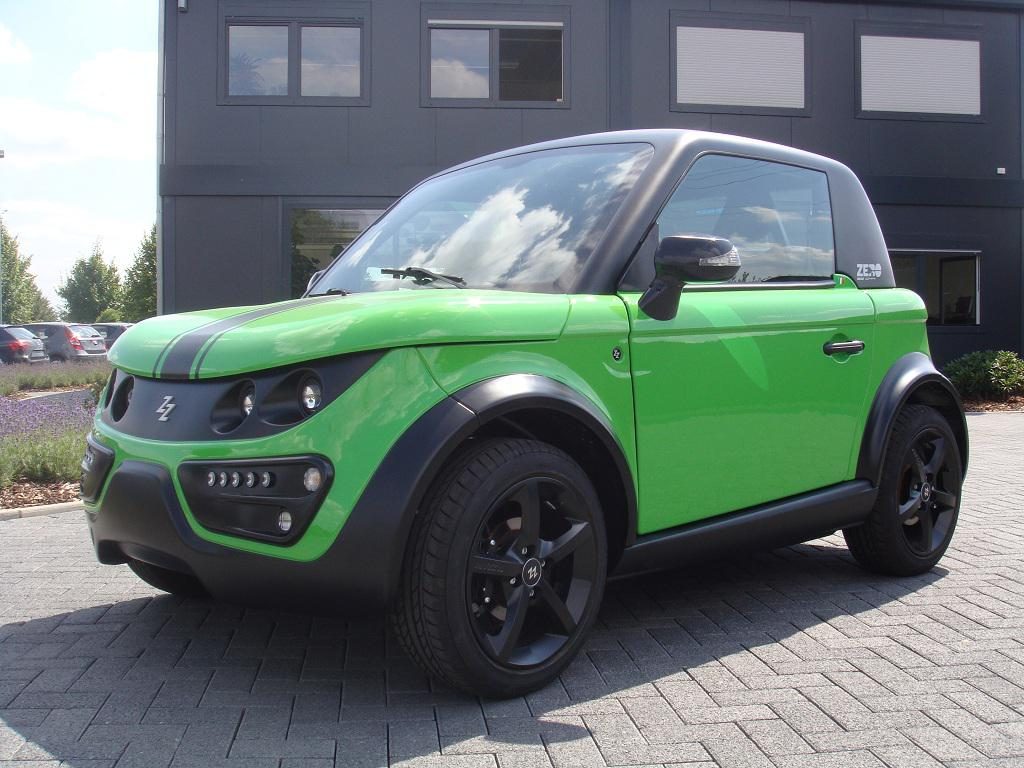 The Italian manufacturer manufactures only electric vehicles. Most are approved as quads but have a model in the range that is approved as a car, the Tazzari EV Zero EM2 Space. It is a potential rival of the smart EQ fortwo. It is a two-seater, eminently urban and with many possibilities of personalization.

With a 15 kWh battery, it offers an average of 100 km of autonomy, which can be more than 150 km in exclusively urban use. However, its pricing policy (batteries are not included in the base price, and even paint is an option) and a poorly developed commercial network mean that we do not see it much on our streets. 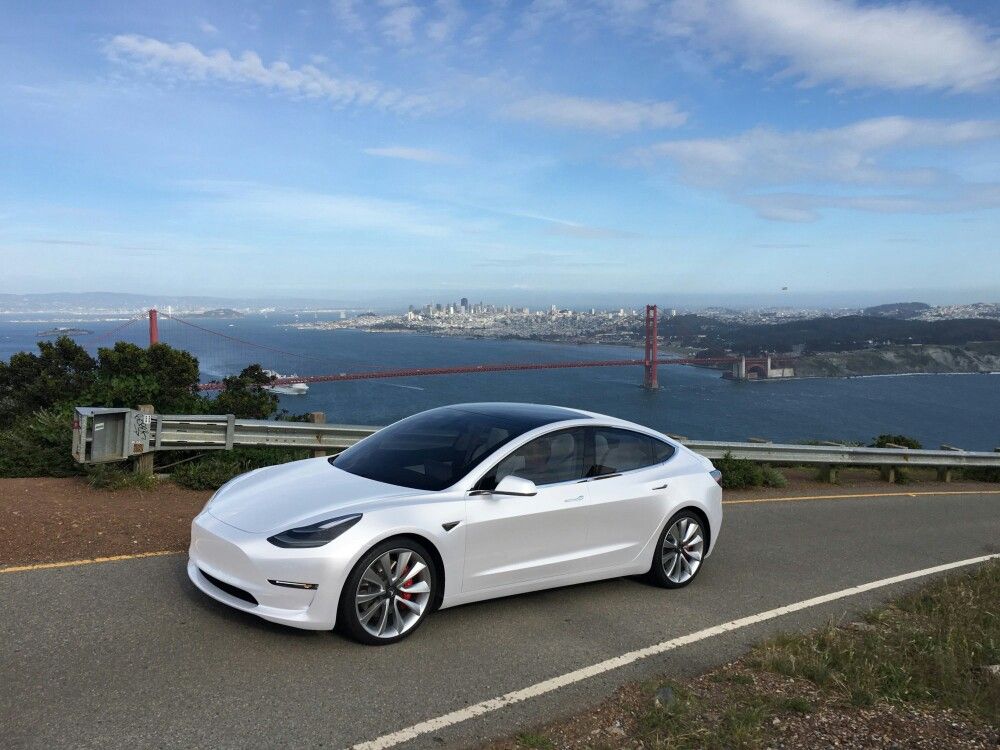 Is it necessary to present Tesla? Like it or not, the brand led by the controversial and mediatic Elon Musk has served as a guinea pig in the field of electric cars for large premium manufacturers. Now that they have seen the way forward against the antipollution norms of many markets, they apply the same method for their new models (autonomies greater than 300 km and own superchargers network).

Of course, the guinea pig could finally overtake them, since sales of the Tesla Model 3 (3,723 units) in California in the first quarter already exceed those of the BMW 3 Series (3,260 units) and the Mercedes C-Class (3,323 units).

Along with the Model S, Model X and Model 3, Tesla provides marketing of a second generation Roadster a named tractor Semi (to rival Nikola) and possibly a Model Y. All of them, evidently, 100% electric.

Why Does Not Any Manufacturer Dare To Leap  For A 100% Electric Range?

The big manufacturers do not want and can not have a 100% electric range in 2020. Times in the automotive industry are much slower than in consumer electronics (it takes an average of four years to develop a car).

But above all, the market is not yet ripe for it. The general public still does not see in the electric car a viable alternative, the price of the electric car is still very high (the cost of the battery is huge) and, finally, the infrastructures are in diapers.

And for infrastructures, we are not talking about a Tesla charger network, but adapting energy generation to demand, adapting the urban environment (houses, loading points in the streets, promoting car sharing), encouraging self-consumption, etc. According to a study by Bloomberg New, Energy Finance will be in 2040 when we will all move in electric cars. What’s more, according to that study, almost everyone will be an SUV.