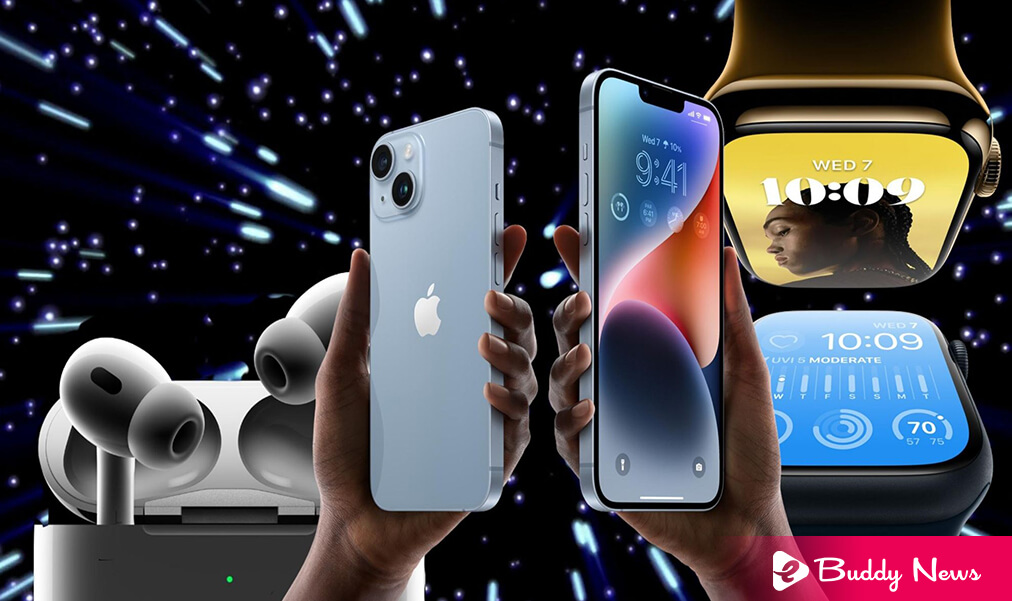 In a Far Out event, Apple unveils the latest version of the Apple Watches, AirPods, and the iPhones, such as the iPhone14 and others, surprising users with these devices’ new updates.

After a long wait, Apple has finally announced the launch of the iPhone 14 Pro and iPhone 14 Pro Max, the brand’s two new models. According to the brand, these devices will feature an A16 Bionic chip, the fastest ever seen in a smartphone.

As part of the event, new gadgets were also presented, including the Apple Watch Ultra and Apple Watch Series 8 and its new generation of AirPods Pro.

Let’s check the Apple unveils products such as the latest version of iPhones, Apple watches, and Airpods. 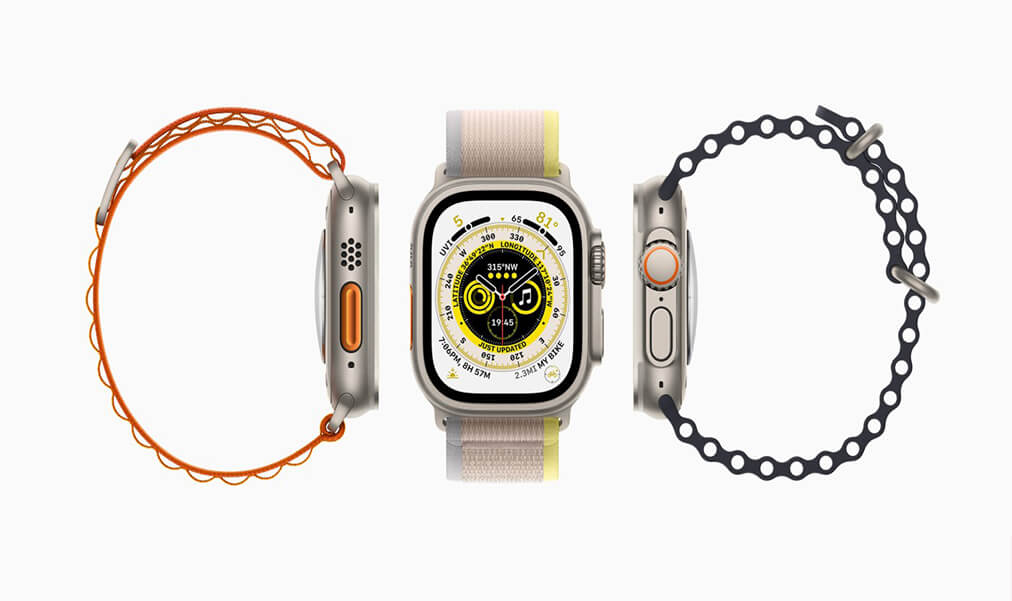 The company also introduced the Series 8 Apple Watch lineup, priced from $249 for the SE model to $799 for the new Ultra model.

The new series 8 of the Apple Watch introduces sensors that measure body temperature and allow estimating women’s ovulation cycle, as well as the Crash Detection system that works in the same way as in iPhone 14. The sizes remain 41 and 45 millimeters and are available in aluminum and stainless steel.

The SE model includes a new processor that is more efficient, the same as in the 8 series and the Ultra, includes Crash Detection, and is available in 40 and 44-millimeter sizes.

Meanwhile, the Apple Watch Ultra, available in a massive 49-millimeter size, is a redesigned version of the Apple Watch that boasts modifications to make it more resistant to the elements and shocks. The screen is bigger, and the button is now bigger and allows for more actions, while the shell is made of titanium, one of the reasons the watch starts at $799.

This model now has three microphones, the GPS uses two radio receivers to get more exact locations, and the ability to place waypoints while walking so you don’t get lost. Furthermore, this watch can measure the depth you reach while diving. The watch is now certified to resist water inflow up to 100 meters. 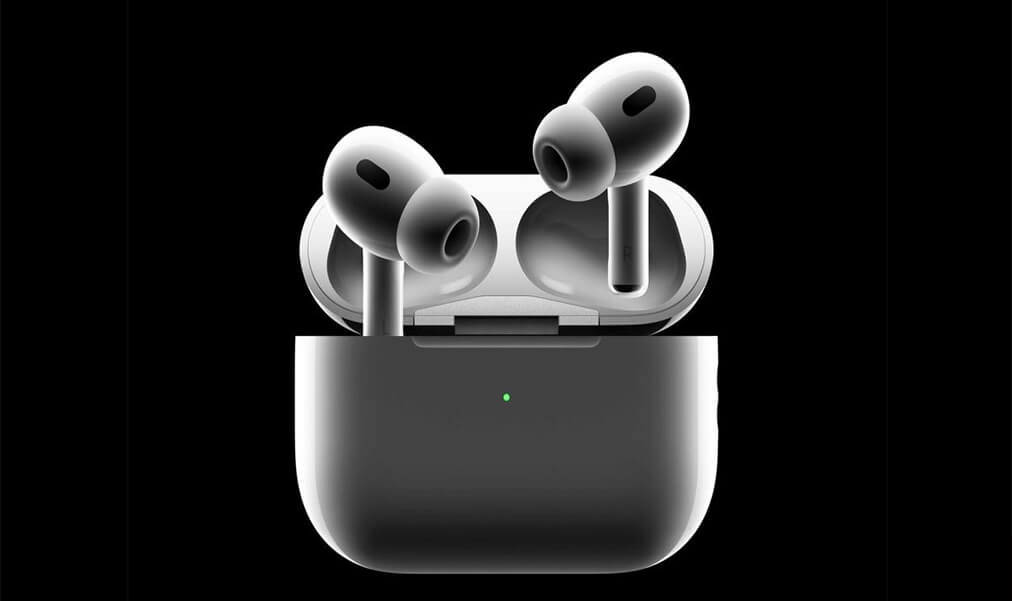 These AirPods have a new H2 processor that improves external noise cancellation and improves music and call playback. The earphone stems now have touch controls that let you turn the volume up or down and turn various features on or off.

Apple unveils its latest version of iPhones with different models, such as the iPhone 14, iPhone 14 Plus, Pro, and Pro Max, along with the Apple watches and Airpods.

As a newness, it should be noted that the iPhone 14 models in the United States will no longer use physical SIM cards. They will replace them with a digital eSIM that can support multiple phone numbers and provide better security. 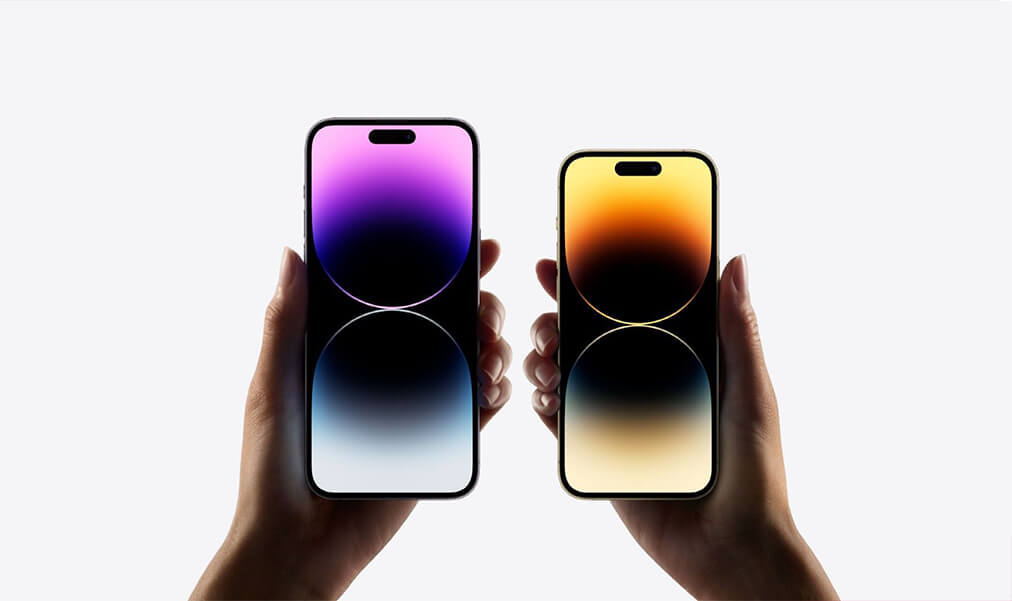 iPhone 14 features include a true-tone OLED display, five colors, improved battery life, more durable ceramic screens, better low-light performance on the front camera, and an action mode that stabilizes video. Also, it has a security service called Emergency SOS via Satellite that can connect to emergency services even though the user is out of cellular or wi-fi range.

The iPhone 14 Pro incorporates many new features, among which the main one stands out, the always-on screen that does not turn off even when the terminal is not in use.

Apple has also introduced a new low-power mode for longer battery life, uses Apple’s latest A16 Bionic chip, a 48-megapixel camera thanks to a larger sensor, better low-light photography, and a redesigned flash.

The iPhone Pro Max is larger than the Pro, and both devices feature a new front design with a smaller cutout for the front camera that expands the device’s screen. Apple calls the cutout a ‘dynamic island,’ and it can display notifications or other system information.