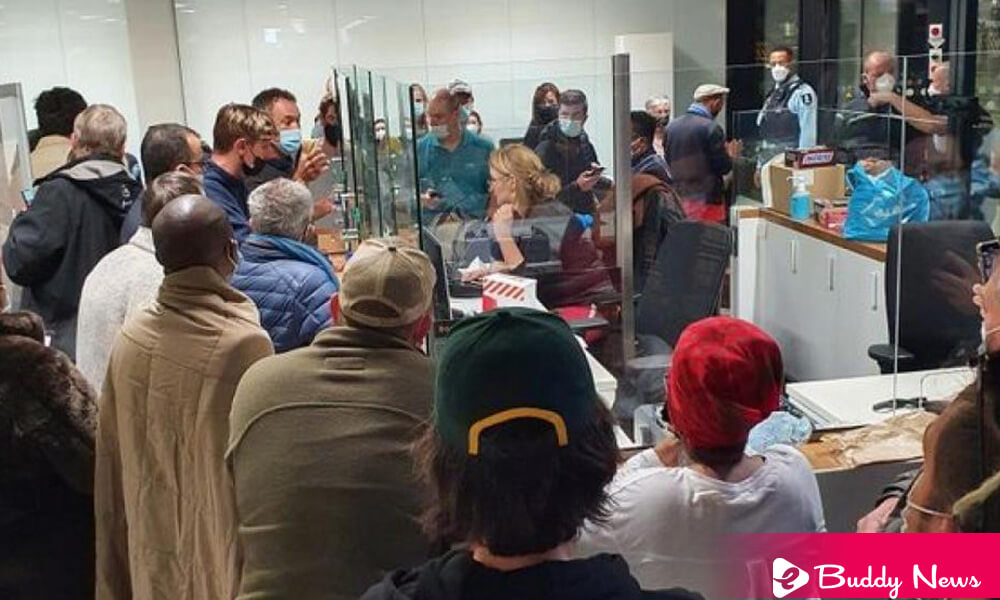 After the first case in Europe, confirmed the new and potentially dangerous omicron variant of the Coronavirus in Belgium. It unleashed the alarm on the continent due to a drip of positives that raised fears of a large-scale contagion. From the United Kingdom, through Germany and Italy, as well as the Netherlands, the Czech Republic, and Portugal, the health authorities worked against the clock to complete the sequencing of the genome of the suspected infections to elucidate the presence of the also known as strain B.1.1.529.

British Health Minister Sajid Javid was the first to clear up the doubts that had kept the country in suspense for hours. In a note sent by his department to the media, He said that the Health Security Agency has confirmed that identified two cases. These two cases are about two people related to each other and on a trip to southern Africa. They were detected one of the infections in the city of Nottingham, in central England, and the other in Chelmsford, East London.

The British authorities, who again decreed the mandatory mask use in shops and public transport, pointed out that the two infected people and their families are in isolation. But then, Javid told the BBC that Nottingham and Chelmsford would be the place of additional tests to the population to identify more possible positives with the Omicron strain. Authorities are already considered “worrisome” by the World Health Organization (WHO) than the currently dominant delta and previously detected alpha, beta, and gamma.

The nervousness that was evident in the United Kingdom – which registers a significant recovery in cases, with about 1,000 hospitalizations a day, in addition to more than 140,000 deaths after the start of the pandemic – was not less in Germany. The Bavarian State Government confirmed this Saturday the detection of two infected with the new strain. The two arrived in Munich by air recently on a flight from South Africa. Kai Klose, the Minister of Social Affairs in the German state of Hesse, also reported on his Twitter account that they found several specific omicron mutations. From in travelers who came from the same country. Without first making an urgent request to the population, he added that the complete sequencing is still pending, but there is a high degree of suspicion. He insisted that, please, protect yourself and those around you. If you came back from South Africa, check your contacts and get tested!.

In Italy, the National Institute of Health that in the late afternoon sounded the sirens when it reported the first case in the country. Specifically, a patient from Mozambique who both he and his relatives were in good health.

The citizens of the Netherlands woke up with the bombing that 61 passengers who flew from South Africa in two planes with around 600 passengers had tested positive. Everything appeared to point to being infected with the new strain. Several of the examinees assumed that they found Omicron, said the Dutch Institute of Health.

After 61 passengers tested positive in the Netherlands who came from South Africa news, the infected travelers remained isolated in Amsterdam’s hotel near Schipol airport due to pending confirmation. Meanwhile, local officials tried to find some 5,000 people who came last week from a southern African country to submit them to a test.

Even though the Netherlands’ Executive defended how they had proceeded, the account of people who were on in those planes differed completely. A Dutch photographer, Paula Zimmerman, who came back from a family visit to South Africa, said the situation was confusing. They informed her that she had tested negative almost 18 hours after landing. But she discovered that she had been standing with a man for a long time who tested positive. There was no coordination. She lamented that there were very few people, and there was no one to take control. Also, she said they had told him that they expected many more infections in five days.

In Portugal, like the Czech Republic, an attempt even if made to clarify the possible presence of the new strain. Graça Freitas, the general director of Health of the Portuguese Government, acknowledged the existence of several suspicious cases without specifying how many are there. Prime Minister Andrej Babis said, who appealed for calm and the health authorities that the authorities are searching suspicions of the Prague meanwhile revolved around a woman who tested positive for COVID-19. After visiting Namibia and flying back to the country via South Africa and Dubai.