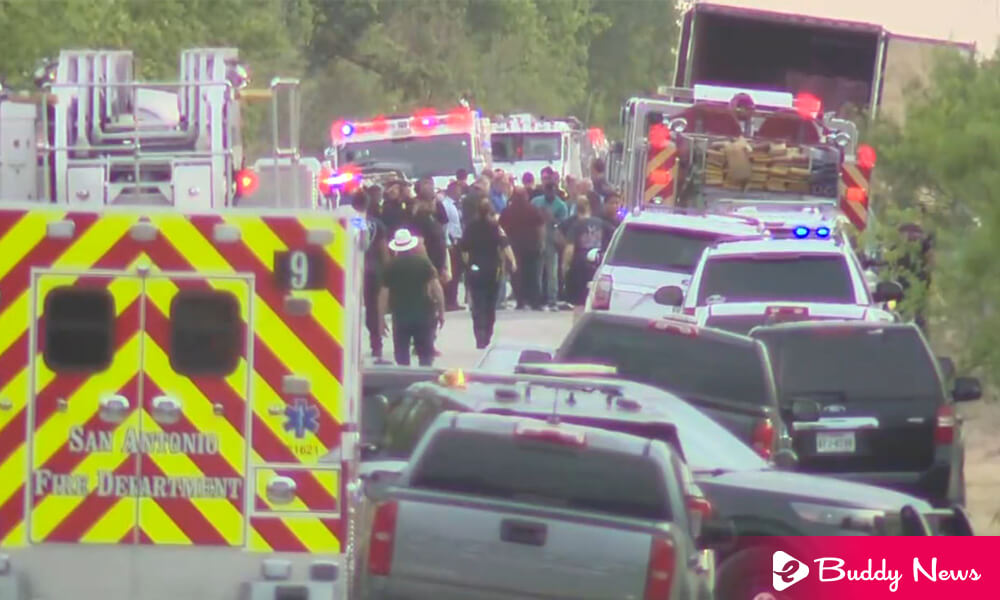 A horrific incident was noted in San Antonio by the city’s authorities. According to San Antonio officials, authorities found 46 dead migrants inside a semi-truck trailer in San Antonio, Texas. 16 people were transported to local area hospitals with heat-related injuries Monday night.

San Antonio Police Chief William McManus said at a news conference Monday night that he received a call after an employee in a nearby building heard a cry for help. McManus said the employee walked to the truck and noticed partially open doors. When the person opened the door, they found several deceased people inside.

McManus said police have three people in custody. He also said that right now, it is unclear if they are connected to the incident.

San Antonio Fire Chief Charles Hood said that they had processed approximately 46 dead bodies found inside a semi-truck that had been classified, tagged, and declared deceased. Fortunately, they could transport 16 people, of which 12 were adults and four children. All were conscious at the time of transport.

According to McManus, the investigation has been turned over to the Department of Homeland Security.

San Antonio Mayor Ron Nirenberg called this incident a horrible human tragedy. Officials said they are hopeful that the people taken to the hospital for treatment will recover from heat-related injuries.

According to Hood, there was no sign of water in the refrigerated truck trailer, and there was no visible working air conditioning unit. Hood said the 60 firefighters on the scene undergone a critical incident stress report.

Hood said they’re not supposed to open up a truck and see piles of bodies there. None of them come to work imagining that. According to Hood, the ages of those killed vary, but his knowledge, there are no child deaths.

Marcelo Ebrard, Mexican Foreign Secretary, said through his Twitter account that a Mexican consul was on his way to the crime spot.

According to Ebrard, the immigrants would have died asphyxiated. The foreign minister of the government of President Andrés Manuel Obrador wrote his condolences to the victims and their families. They still do not know nationalities. Obrador will meet with the president of the United States, Joe Biden, next July.

According to the National Weather Service, high temperatures in the San Antonio area ranged from 32 degrees to 37 degrees Celsius on Monday.