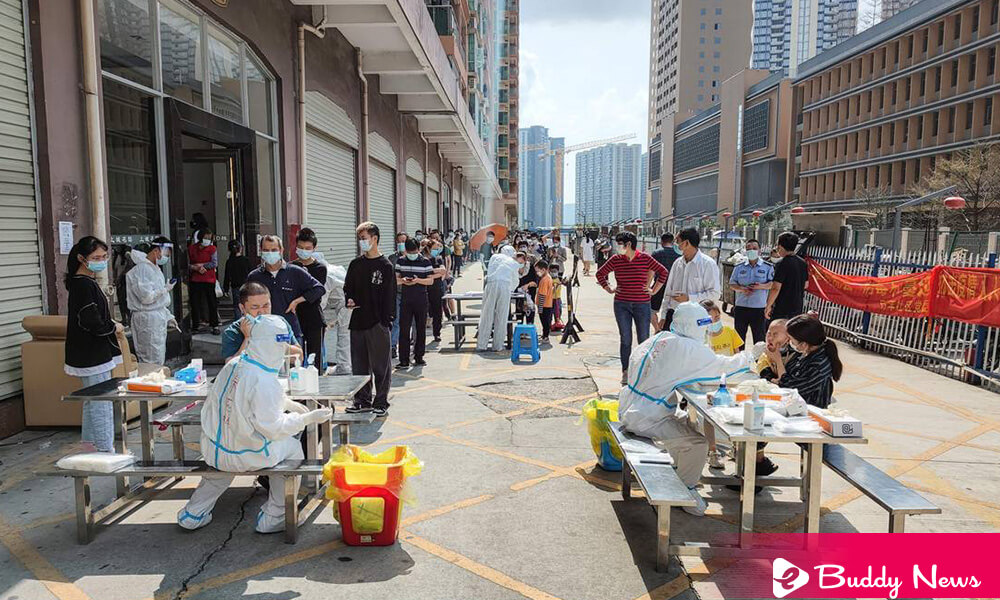 The current pandemic has spread much faster than preceding waves of less infectious variants, with daily cases soaring from a few dozen in February to more than 5,100 on Tuesday. It is the highest number since the early 2020 outbreak in Wuhan.

The number may seem ‘low’ while comparing to other countries. However, it is terrifyingly towering for a nation that has tried to end outbreaks and chains of diffusion with a strict ‘zero covid policy’ during the pandemic.

They reported covid cases in 21 provinces and municipalities across the country, including Beijing and other major cities such as Shanghai and Shenzhen. Cases may still be in the thousands. However, 37 million people were in Covid lockdown in China as of Tuesday.

Here is what we know about the China outbreak.

How Did This Wave Start?

The Covid cases started rising earlier in some provinces across the country, comprising Shandong in the East, Guangdong in the south, and Jilin in the northeast.

The media reported that on March 6, experts warned that the situation was serious in some places but expressed confidence that China still can control it.

Jilin province, sharing a border with North Korea, almost immediately became a major hotspot with a university group. It sparked public outrage online after quarantined students complained of poor conditions while isolated on the campus.

There was a report of more than 4,000 infections in Jilin on Tuesday. It is nearly half of the total infections in the current outbreak have appeared from that province — and cases there have yet to peak, authorities warned Tuesday.

The media said that several factors, including cases imported from abroad and the prevalence of the Omicron variant, exacerbated the outbreak’s severity across the country. It stated Wu Zunyou, chief epidemiologist at the Chinese Center for Disease Control and Prevention Diseases.

Which Variant Is Spreading?

According to state media, Omicron has been driving this increase. It is one of the reasons for the spread of the cases is that it is very quick, and it is harder to track Omicron’s milder symptoms and shorter incubation time.

Wu told the media that the highly infectious variant has now replaced Delta as the overriding strain in the country. It resulted in accounting for around 80% of recent cases.

He added that experts are looking at ‘BA.1’, the original Omicron, and ‘BA.2’, a sub-variant that they spotted first in January and dubbed a “stealth variant” because of lab tests. It can look like other variants.

The early studies from the UK and Denmark show BA.2 is about 30% more transmissible than BA.1. According to the World Health Organization, it is now causing about 1 in 5 Covid-19 cases worldwide, with cases detected in dozens of countries, including the US. According to state media outlet CCTV, BA.2 got detected in the outbreak in Jilin.

After the initial wave of Omicron that many people have protective antibodies, either from recent infection or booster shots. It is not up till now clear whether it causes more severe disease. However, some studies suggest it likely won’t lead to more hospitalizations and deaths, in part because it emerged so soon.

What Covid Lockdown Exist In China?

More than 37 million residents, which together are home in five cities, are now under inconsistent levels of Covid lockdown in China.

Residents prohibited in Changchun, Jilin City, Shenzhen, and Dongguan leave their neighborhoods except for essential workers and emergency services. Each family can send only one person to buy food every two to three days.

The fifth city, Langfang, went a step further by prohibiting all residents from leaving their homes except for emergency reasons.

Several of those cities have suspended public transportation and closed dining rooms, closed schools, and are conducting multiple rounds of mass testing for all residents. Jilin city kicked off its ‘ninth round of testing’ that Tuesday, displaying photos of ‘inhabitants lining up’ outside in the bundled-up snow.

Jilin province has also implemented travel limitations, prohibiting residents from leaving the province or traveling between cities within the province.

However, those closures also create a major logistical challenge for the government. The CCTV reported that the province only had a few days’ worths of medical reserves in stock.

Authorities are now racing to increase healthcare capacity in the hardest-hit areas, according to the media. For example, it is so by building temporary treatment centers in the cities of Changchun and Jilin. It deployed thousands of soldiers to help with Covid-control work.

Will China Stick To zero-Covid?

Due to the increasing contagious variants (Delta, then Omicron) spread in 2021, many countries abandoned the rigid ‘zero covid approach’ to live with the virus.

China and its territories, including Hong Kong, are also going through a strong wave, and they are the biggest redoubts.

Some leaders and scientists have hinted that China might someday back away from the approach. However, that presumably will not happen any time momentarily if the current public speaking about bringing cases to ‘zero’ is any hint.

On Monday, Han Jun, the governor of Jilin province, vowed to end all community broadcasts within a week, ridiculing Chinese social media. Many people call it a blank assurance. Others urged him to tackle the most pressing problems first, such as shortages of groceries and other essential supplies.

Xi’an people in China were on Covid lockdown for more than a month, from December to January. Some residents complained that they could not receive food, basic supplies like menstrual pads, and even emergency medical care. That paints a picture of local government dysfunction and sparking public protests across the country.

The Weibo comment said it is better to be fully prepared and gradually (clear transmission of Covid). If we rush, people will suffer.