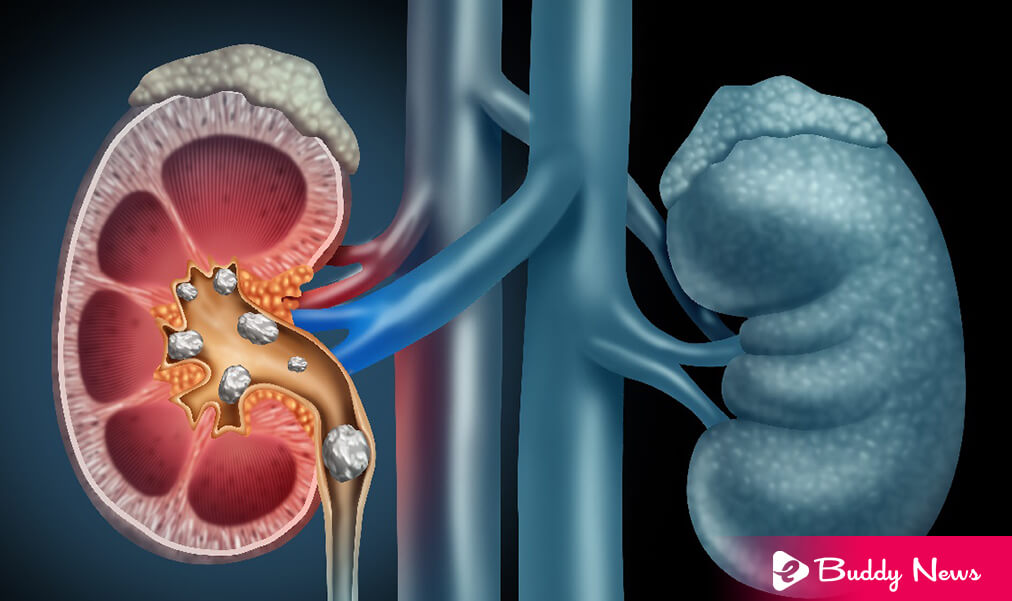 A kidney stone is a piece of solid material that appears in the kidney. Its appearance is due to metabolic alterations, decreased urinary volume, or increased urinary excretion of some chemical components. These factors make it difficult for the salts in the urine to dissolve, creating kidney stones and many types.

The main circumstance determining kidney stones’ appearance is not drinking enough liquid. When less than a liter of urine is produced daily, there is an increased risk of kidney stones. A urine that is too acidic facilitates the appearance of uric acid stones. In contrast, alkaline urine facilitates the formation of phosphate stones.

There are different types of kidney stones depending on the combination of substances that compose them:

They are the most common. It is usually suffered by men between the ages of 20 and 30.

They form in people with cystinuria. It is an inherited disorder that affects women and men equally.

Women with urinary tract infections generally suffer from them. These stones can grow so large that they block the kidney, ureters, or bladder.

They may be caused by gout or chemotherapy, which may be more common among men than women.

Its name comes from the fact that it is shaped like a coral. They are very large stones and appear in patients with urinary tract infections produced by the Proteus bacterium.

The main factor determining kidney stones’ appearance is the lack of fluids. Lack of fluid in the kidneys causes stones. Although there are discrepancies, there is no hard evidence that the types of liquids ingested affects the creation of kidney stones. What is proven is that excess vitamin C increases renal oxalate excretion and increases the risk of calcium stones.

The hereditary factor is also very important. People with a family history of kidney stones or who have already suffered from them themselves must monitor the amount of urine they produce, at least two liters a day, and its color and smell. A weak smell and a light color imply correct hydration.

Diets rich in salts, sugars, and proteins are risk factors regarding the appearance of kidney stones, especially in people who have already suffered from calcium concentrations.

Even though calcium is the main element of kidney stones, you should not do without it. The consumption of calcium supplements causes the only drawback since they cause the appearance of kidney stones.

Obesity in people over 40 years of age is a risk factor. The same goes for hypertension, diabetes, and gout. Kidney stones are more often among men than women.

Normally, the stones do not produce symptoms until they have gone down the urethras along with the urine. We can eliminate these stones through urine without any pain. It may even be that stones smaller than 3 mm travel through the urinary system and are eliminated without causing visible symptoms.

The main symptom of kidney stones is severe pain, which starts and stops suddenly. It is a noticeable pain in the abdominal area, on one side of the back, the groin area, or the testicles. This pain is called renal colic.

Renal colic arises when a stone of at least 4 mm is impacted at some point in the ureter, causing obstruction and dilation of the urinary system.

Other symptoms of kidney stones are:

To diagnose kidney stones, a series of tests and examinations are necessary. These tests are:

Only some of these tests are essential to diagnose the possession of kidney stones. A few are usually enough to be certain that the symptoms are caused by the appearance of matter in the kidneys.

When establishing a treatment, we must consider the size and position of the kidney stone.

In stones small enough, it is not necessary to resort to any treatment. These can be easily eliminated through urine. If these stones cause the patient pain, medications are usually prescribed to help solve the affliction.

Extracorporeal shock wave lithotripsy, also known as ESWL, is often used for too-large stones. It consists of the doctor using a machine that uses shock waves to break the stone and, in this way, be able to expel it through the urine.

Another method is to insert a very thin instrument into the urethra, bladder, and ureters to find the stones. Once found, they can be removed or broken. This procedure must be accompanied by anesthesia to numb the area.

Percutaneous nephrolithotomy involves a small incision to create a direct tunnel to the kidney. The nephroscope is inserted through this incision to locate and remove the stone.

In particular cases, surgery is also an option and often the only one to get rid of the largest kidney stones. Surgery is chosen when the stone is too large to pass on its own, the stone is growing, the stone is blocking the flow of urine, causing infection, or the pain is excruciating and uncontrollable.