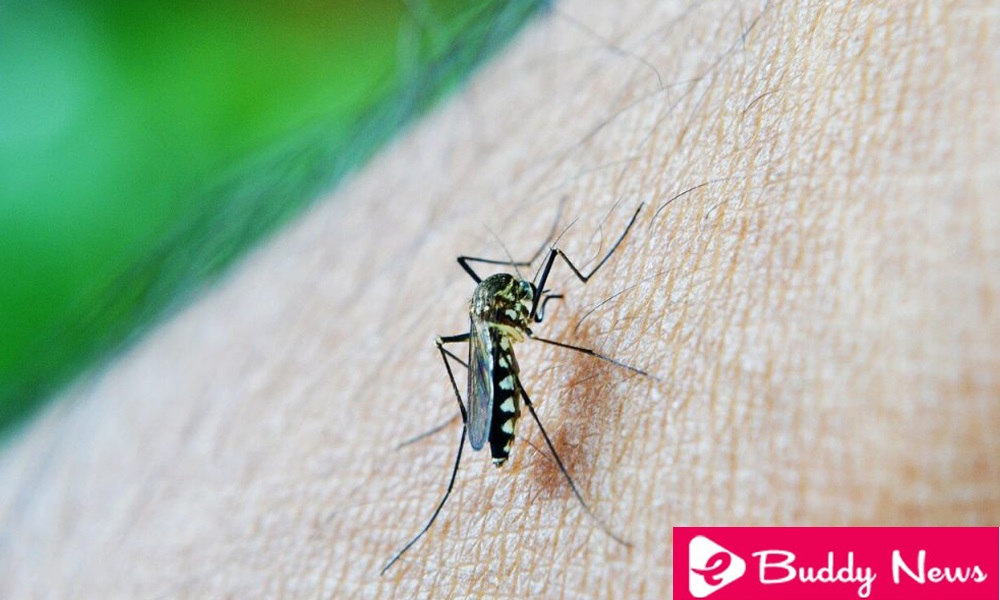 If infected mosquitoes bites, the symptoms of malaria are seen after a few weeks of the bite. However, there are some other types of parasites which remain dormant in the body for up to a year.

Malaria is a disease caused by a mosquito infected by a parasite. The parasite usually developed in the warm temperature areas that are in tropical areas.

Malaria is a life-threatening disease. In 2016, there are around 216 million cases in 91 countries. The disease expected to grow approximately by 5 million every year.

Malaria transmits by blood transfusion from the donor to the recipient. It also transmits to the newborns through the mother’s placenta when the malaria-infected mosquito bits the mother.

In 1997, the scientific team of Manuel Elkin Patarroyo made an attempt to prepare a synthetic vaccine against the prevention of the disease. The results of the vaccine were unequal. The vaccine reached a maximum efficiency of 28% in South America. The WHO, in 2010 listed the vaccine as inactive. 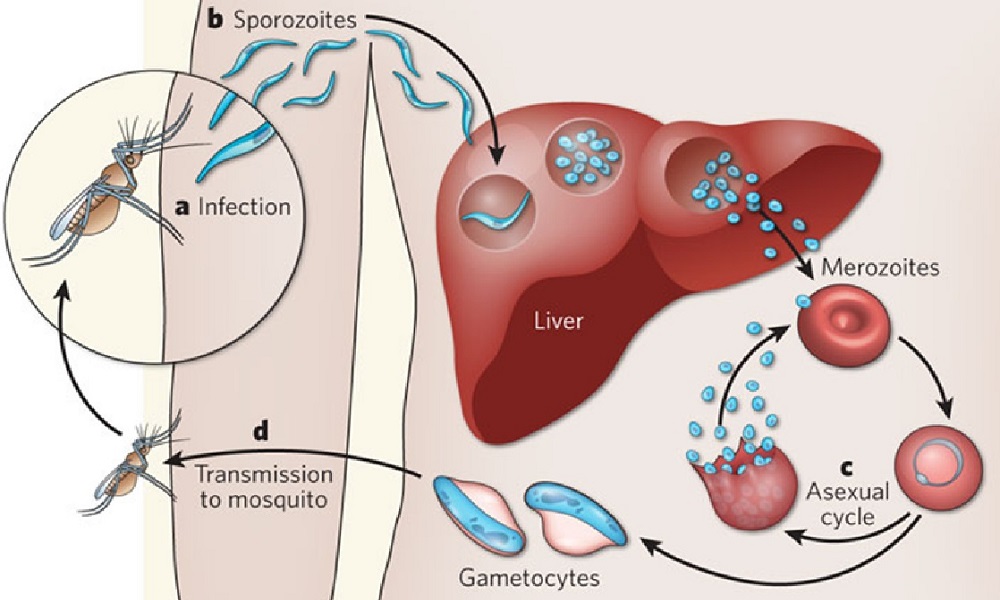 Once the mosquito bites a human, the parasites causing malaria, travel through the human bloodstream to the liver. In this organ, they mature and produce another form of parasites called merozoites.

These parasites re-enter the bloodstream and infect the red blood cells. The cells multiply after 48 to 72 hours.

The release of merozoites in the bloodstream results in the destruction of red blood cells causing anemia.
Then, Large amounts of free hemoglobin released into the circulation after the breakdown of red blood cells.
Read also: What to do to lower the fever?

What Are Your Symptoms? 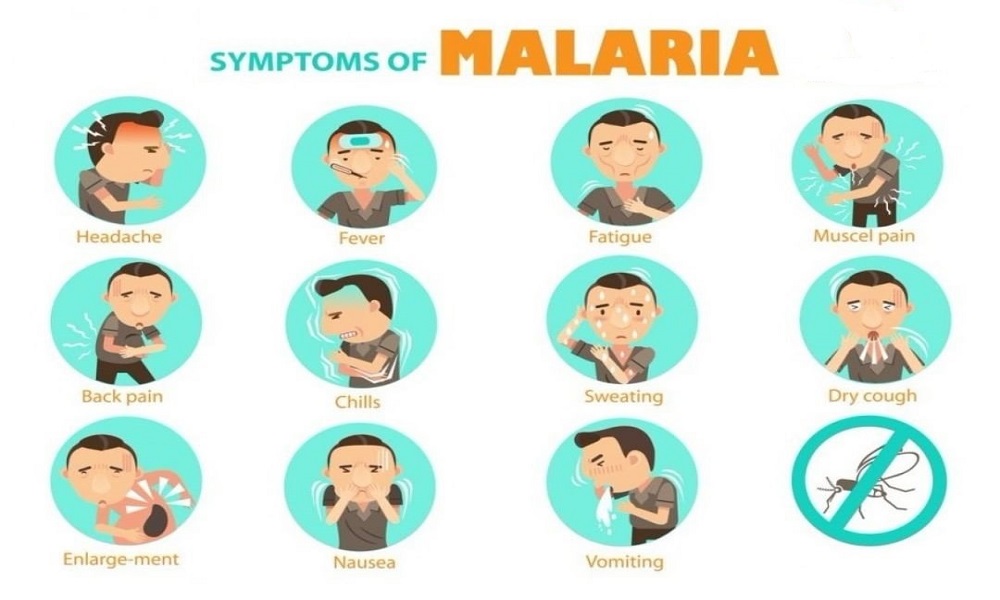 The symptoms of this disease usually manifest a few weeks after the bite of an infected mosquito. However, some types of parasites can remain dormant in the body for up to a year. A clinical picture of the disease shows the following signs and symptoms :

In addition to the above illnesses, a patient suffering from malaria has the following symptoms

Some people with malaria experience cycles of “attacks”. The attacks usually start with tremors and chills, accompanied by high fever and followed by perspiration. Afterward, with the given treatment the patient recovers fully to the normal temperature. 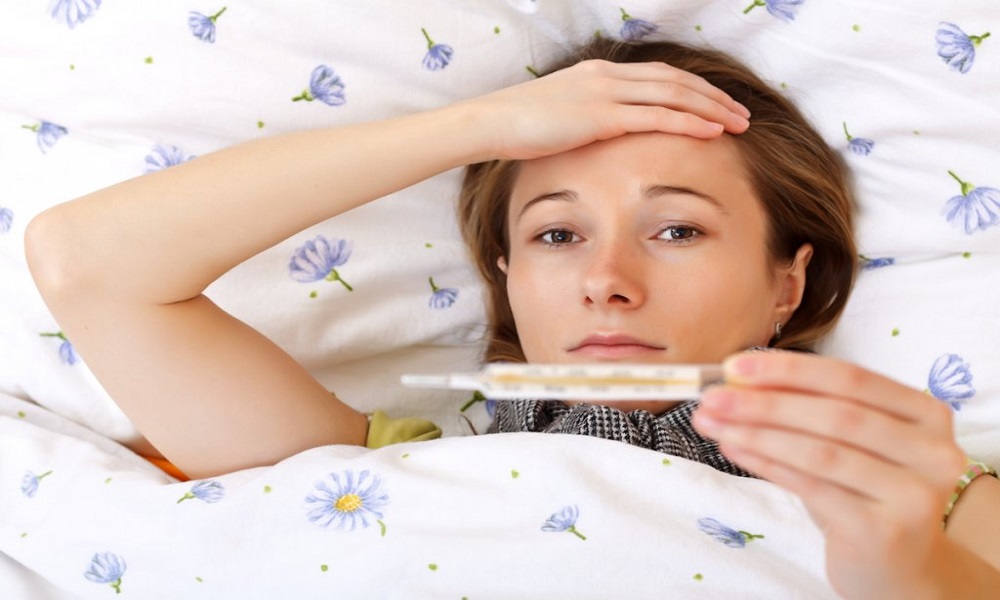 We must distinguish between the different forms of malaria. The parasites of falciparum species are usually of the uncomplicated form. The falciparum species treated by a drug called chloroquine.  This drug is administered orally. The suggested drugs for mild malaria are quinine or pyrimethamine-sulfadiazine. Moreover, if the disease does not come under the control of the drug chloroquine, another drug called mefloquine is used for treatment these days.

In severe cases, Plasmodium falciparum causes malaria, which is frequently resistant to chloroquine. Such severe cases are treated with intravenous quinine. In recent years, new popular drugs are artemisinin, mefloquine or halofantrine.