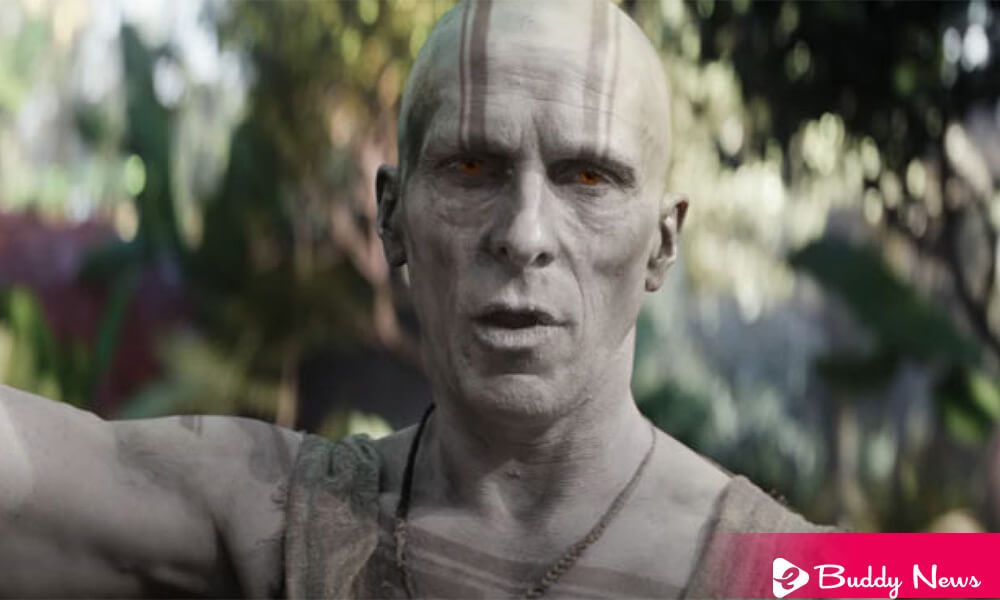 A little over a month ago, the Thor: Love and Thunder teaser turned the entire Internet upside down and thrilled MCU fans. This May 23, the official trailer was released, which is for the long-awaited film directed by Taika Waititi, and the public was amazed. Thor trailer revealed the first look of Christian Bale as the infamous villain Gorr, the butcher of gods in Thor: Love and Thunder. Certainly, this new trailer has shown off a few major plot points.

Before the new trailer of Thor, the revealed Christian Bale look as Gorr, it appears multiple times throughout the trailer, and fans already knew ​​what this character would look like thanks to merchandise and action figures from the film. It is the first time we’ve gotten an official look at the antagonist in the movie, and certainly, his appearance is intimidating. Many predict that Bale will do an excellent job playing the bad guy in the story with this first look. He is becoming even more deadly than other famous MCU antagonists like Thanos or Hela.

Taika Wititi also shares this opinion. In a past interview with the media, the director said that Gorr, Christian Bale’s butcher of gods, probably has the potential to become the best villain in the entire Marvel Cinematic Universe. The filmmaker had this to say about the film: it is a cool, fun, and a weird little group of heroes, a new team for Thor with Korg, Valkyrie, and The Mighty Thor. And, IMHO, they have probably the best villain Marvel has ever had in Christian Bale.

Thor: Love and Thunder will hit theaters on July 8, and we will see Chris Hemsworth back in the lead role as Thor Odinson alongside Natalie Portman, who reprises her role as the brilliant astrophysicist Jane Foster, who this time joins the action with Mjolnir raised. In addition to Hemsworth, Portman, and Bale, Tessa Thompson, Chris Pratt, Jaimie Alexander, Pom Klementieff, Dave Bautista, Karen Gillan, and Sean Gunn, Jeff Goldblum, and Vin Diesel.

The film follows Thor (Chris Hemsworth) on a journey, unlike anything he has ever faced: a search for inner peace. However, a galactic assassin is known as Gorr the Butcher of Gods (Christian Bale), who seeks the extinction of the gods interrupted Thor. To fight the threat, Thor enlists the help of the Valkyrie King (Tessa Thompson), Korg (Taika Waititi). Also includes Thor’s ex-girlfriend Jane Foster (Natalie Portman), now the Mighty Thor. Together, they start a harrowing cosmic adventure to unravel the Butcher God’s revenge mystery and stop him before it’s too late.