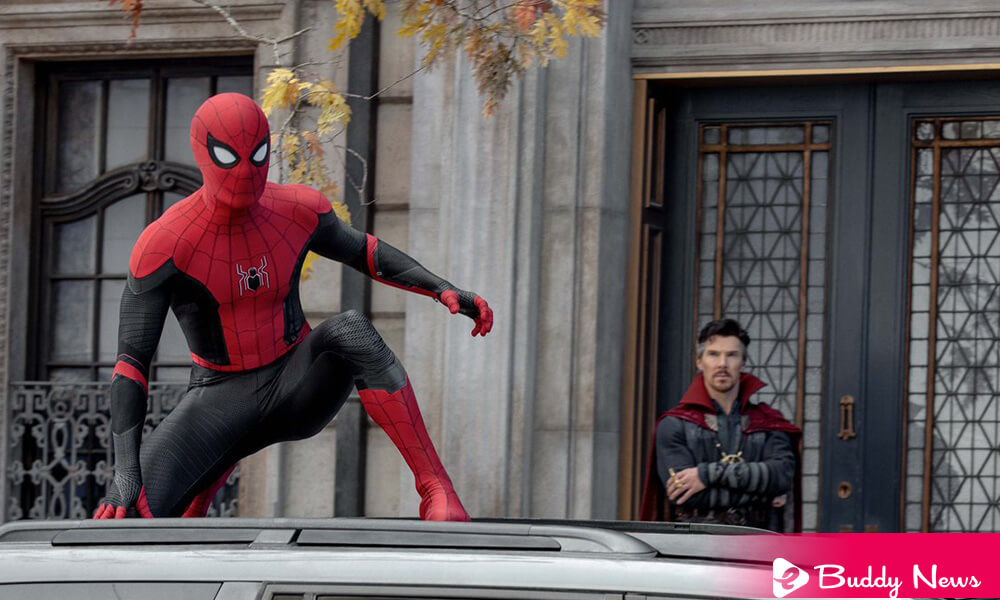 It is not like a review for Spider-Man: No Way Home, we just mentioning how we feel after watch the movie. In the life of a hero, some cycles allow them to join the mythical narrative, giving us that which gives an epic sense to the catabasis of a protagonist. Not just cycles: timelines, milestones, tests, challenges, abrupt changes. The highest point for a hero to denote not necessarily greatness, but transcendence, is to overcome the most abysmal darkness that appears to him to rise from the darkness. It is one such movie: Tom Holland’s Spider-Man’s Missing Abyss. The review of plot of Spider-Man: No Way Home, directed by an accurate Jon Watts who has managed to take this trilogy with a moderate temperature, evidence at its start what we had already seen in the trailers of past festivities: a need felt by Peter Parker to invoke collective amnesia because fame weighs on the baby and fears, possibly, for your loved ones. Nothing new, no spoiler.

Immediately, the logos make their entrance in the first five minutes and the spectacular swings of the friendly neighbor of the Big Apple. The audience reminded how Spider-Man: Far From Home ended in 2019. With the belligerent and dramatic journalist J. Jonah Jameson (JK Simmons) exposing the true identity of the adolescent superhero, giving his victory over Mystery a bitter pirouette.

We are witnessing a mass hysteria with all the implications that this time entails. Some buy the story of Mystery (Jake Gyllenhaal), and others support the young Parker. The world becomes a nightmare for all those close to him in that sense. We knew it even because the trailers give it away. So don’t panic; this doesn’t spoil the movie for you.

Now: There the availability of stage for critics, opinionologists, commentators, and reviewers sui generis to make ethereal and unjustified judgments with plot clues that are impossible to attend to because now we are extremely sensitive, and any detail is a spoiler. Thank you for making something that didn’t need it progressive, moviegoers, Marvel fans, and hysterical producers. However, caution is a luxury that we cannot afford when putting lighthearted evidence on our reflections.

Sony Pictures’ friendly and professional public relations officers, franchisor and franchisee attachés, have tried to warn journalists with a pedagogical finger from revealing the secrets in review of Spider-Man: No Way Home, appealing to professionalism and scruples, anticipation that, WITHOUT AFFECTING the surprises and fuss behind the plot, much less revealing what someone will surely have already seen on social networks. Sometimes hope to leave you more confused and stung than before regarding the film and thus comply with the request by the PRs and, at the same time, provide minimal solidity to my arguments. Sometimes, I will simplify some points in the most cryptic way possible.

The narrative deception starts with the consequences of publishing the identity of Peter Parker. It leads to harassment and violence suffered by Aunt May ( Marisa Tomei ), Happy ( Jon Favreau ), his friend Ned ( Jacob Batalon ), and his girlfriend MJ ( Zendaya ). Consequently, they are looking for a lawyer madafóquer capable of containing those bricks (wink, wink) with singular legal prowess. It is not enough because the mitote charges very expensive bills for MJ and Ned’s professional future. Parker decides to look for a guardian figure to help him with this situation: Doctor Strange ( Benedict Cumberbatch). Strange casts a spell to provoke selective amnesia regarding her identity, but it muddies her. Lots of digitally created shows and human errors occur. Instead of erasing the world’s memory, Doctor Strange accidentally ends up causing a multi-dimensional disaster.

Now let’s move on with what is known and intuited without needing to be a genius.

Due to ruptures in the multiverse resulting from the evil spell, the characters of the first two series of Spider-Man have their revival in this film. A jumble of conflicting timelines and meta-paradoxes outlined by screenwriters Erik Sommers (also the author of the ideas behind Spider-Man: Far From Home) and Chris McKenna cast a handful of villains from the starring movies by Tobey Maguire and directed by Sam Raimi, as well as those starring Andrew Garfield.

From this, we have already seen and heard Willem Dafoe in his Green Goblin suit and Doctor Octopus (Alfred Molina), both from the Raimi trilogy. We also saw Jamie Foxx returns as Electro in the posters circulating on social networks and on the street (I can mention it openly). And how nice a cast of memorable villain characters from Spider-Man’s past lives is nice.

If something was missing from the MCU until Thanos ( Josh Brolin ) kicks in, they were enemies worthy of memory. The Green Goblin in this movie will have as important a role as the Joker in Batman. The role is visible in ‘The Dark Knight’, indicating the histrionic abilities of Dafoe as an antagonist. Because he caused all kinds of misadventures to Spider-Man in comics, television series, and movies preview. This script and his vision to articulate a tense plot pay off for another previously poorly exploited character: Electro. Thanks to the return of these adversaries, the premise is offered with enough baggage to understand each other’s relationship to the Spider-Man suit — and the face they hope to see.

Now let’s get into the intricacies of composition. THERE ARE NO SPOILERS, but they will say more serious things.

This film’s greatest virtue is that the theme reflects on various past stories. All such past stories have shown in many formats such as comics, small screen, and big screen stood out. Also, the accumulation of apparently simple and easily digestible adventures until the monster of misfortune stuck its fangs into the fans formed a web-like plot formed.

The general framework consists of a crossover of great magnitude calculated with control of the form, skulling Buster Keaton with well-calculated juggling the hyperbole characteristic of a superhero epic. The effects are refined and within a kilometer of the two previous films. He has shown the special effects as a toy compared to this new installment. Without spoiling anything: the confrontation between Spider-Man and Dr. Strange is one of the most impressive sequences in the entire MCU, in my opinion.

Suppose in the previous iterations of Spider-Man the phrase “with great power comes great responsibility” is crushing. Its repetition reminds the characters of the ethics that stir them up. We may notice a trick for putting on the suit and living alone in the trilogy from Watts in that case. You can see how the character learns this gradually and timidly until he reaches the unfortunate moment when he receives the revelation accompanied by death.

Homecoming stands at 92%. Parker understands that immaturity. Prominence is not something relevant in the hero’s life under the tutelage of Tony Stark (Robert Downey Jr.) in Spider-Man: He has to master adversity only. In this new installment, desolation forces the character to mature suddenly.

Far From Home, we see a character who tries to discover what it means to inherit the commitment to protect others. There is a note of the testament of the sacrifice of his guardian. Also, we notice the inheritance of responsibility beyond his age in Spider-Man, in the later period, forced alone already.

The loss inherent to the superhero in his past lives or iterations finally strikes without measure. The ferocity of the breakdown is stabbing. It puts Peter Parker in the face of the true face of evil, now with the mask of the Green Goblin. An evil that spreads like pandemonium and ends up spreading unprecedented violence. And we hear again with much, much torment: “with great power comes great responsibility.” In pain, the hero discovers the abyss. Parker is hardened to the point of suffering, leaving his adolescence behind.

As in Avengers: Infinity War or Avengers: Endgame, there is more melancholy and strength in the real cost of terrorism and barbarism. Gone is the self-sufficient air and sucker of pedantic dialogues that spoiled the kinship of these stories with the classic epics. There are no crude jokes when something decisive happens. Tomei, big as herself, takes the palms at the peak and crowns the curse of the arachnid with a performance worthy of applause.

This film is a rereading in crossover format. It reconfigures our way of understanding his sacrifice, inscribing him to the MCU, no longer subordinate, but as what he is: a tragic hero who offers his personal happiness to dedicate himself to protecting people. In other words, the crossover, which serves as a quota for fanservice and to infer commercial satisfaction, becomes an analytical instrument of the Spider-Man myth. That is to say, a true Spider-Man movie — and, in this sense, a classic superhero movie.