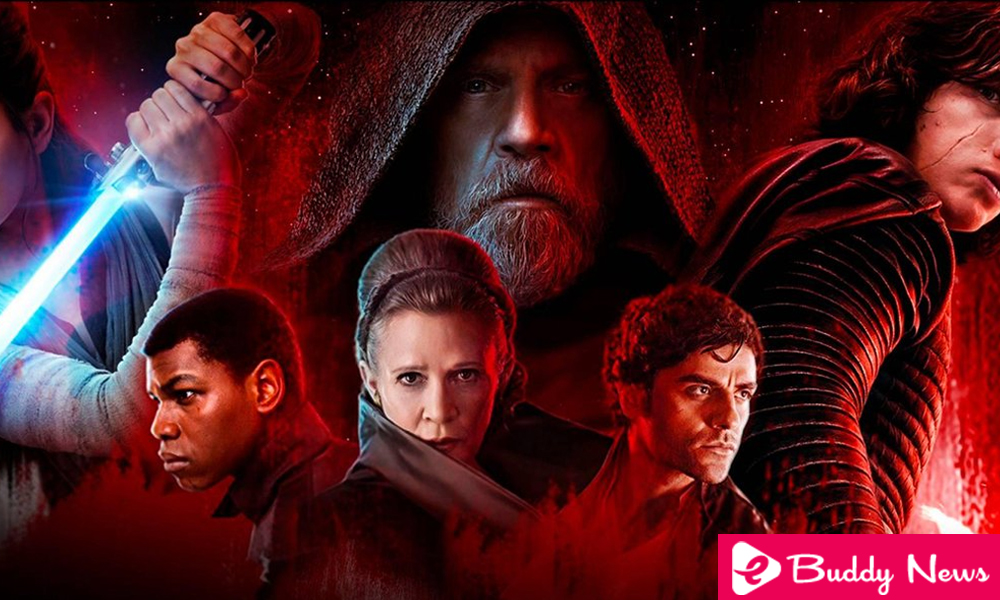 When 2015 was running, and “The Force Awakens” was released, there was a general consensus that the new saga had started on the right foot. I personally loved it, and most of the complaints that came later focused on its narrative similarities with “A New Hope” – which I do not deny. However, it was, in my opinion, a success in terms of epic, characters, thematic, and visual. Unfortunately today the picture is very different, and I am deeply disappointed with the latest installment of the galactic franchise. “The Last Jedi” is a film with some good elements, but at the end of the day it disappoints, trying to reconstruct the saga as we know it, but failing miserably in the attempt, throwing overboard everything that JJ Abrams did, giving us characters that they make confusing decisions, with unclear motivations.

Apparently, Rian Johnson decided to take the liberty of doing what he wanted with this movie, which seems very seriously considering that “The Last Jedi” is not just a movie, it is part of a saga with a tremendous history that precedes it, and that will remain alive for much longer. The little humility of Johnson to respect the thematic and narrative continuity and the lack of rigor of the study to plan the trilogy beforehand (Abrams came out saying recently that Episode IX The Last Jedi still had no script) have just destroyed a movie that should have been spectacular. It is true that I am particularly critical because I am a big fan and I expected a lot from her, but as soon as I started to review a bit the mouth-to-mouth of the film, among the spectators, I noticed that I was not the only one who had become disillusioned of what we got. 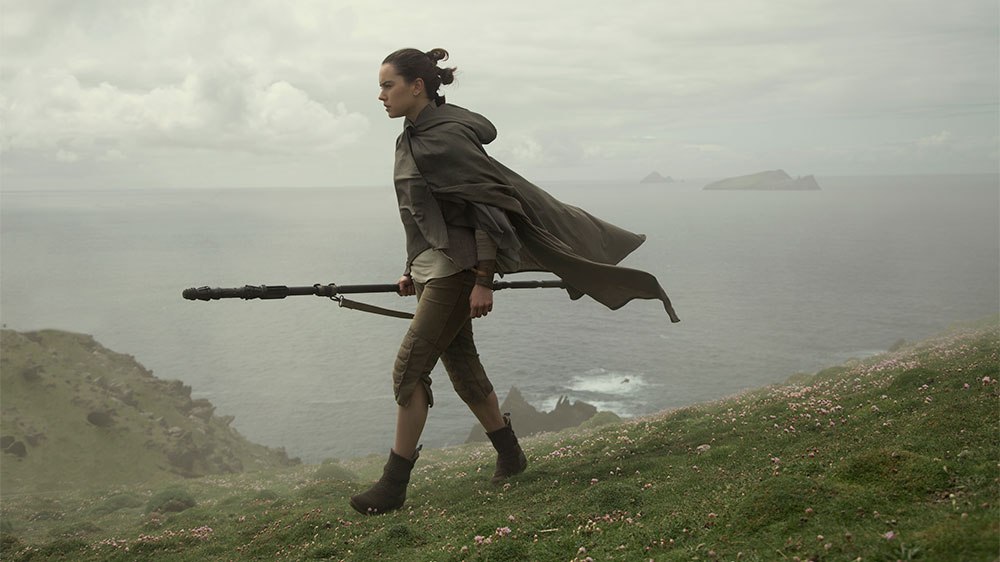 One of the big problems that this movie has is its villains. First, I did not understand the idea of killing Snoke in the middle of the trilogy. Why make so much implicit promise from a bad guy Palpatine, operating in the shadows, ultra powerful, whose past and motivations we do not know, during a movie and a half … and then kill him? I do not understand it. It is, clearly, a plot twist because yes, to later boast and say “See? We dared to do something like that. ” Ridiculous. And more on him who kills him, and becomes the supreme evil, is Kylo Ren, a character to whom he had given the benefit of the doubt until now, but that at this point does not convince anything. There is a tremendous internal contradiction in Kylo in Johnson’s film: he is the new supreme villain, in charge of the First Order, ready to kill all the rebels and take control of the galaxy, and at the same time is the conflicted child who still has a hint of light and is not willing to kill his mother, hesitant about his loyalty with the Dark Side. Choose one and adhere to it. It can not be that the main villain is a weeping little boy.

Johnson tries here a little to play with the gray areas, de-construct the binary logic of good and evil that has prevailed in the saga until now, especially with the characters of Kylo and Rey. But does it really work? It was certainly an interesting decision, but its execution left much to be desired. We talked a little about Kylo, he tries to be a troubled villain, but in the end he is still the evil caricature supreme (he says he wants to kill them all, let the past die, not be a Sith, but still end up as Supreme Leader of the Galaxy … okay?). Something similar happens with Rey. We see conflict in it, it suggests a slight attraction to the dark side, or at least that is what I understood, but at the same time it ends up being this heroine who can do everything and save the day, without any training or mythical journey (really the scenes in Ahch-To did not contribute anything to her growth as a character, she started being almighty, had a minimal interaction with Luke and did not go through great difficulties to become the heroine). Even Luke tries to question whether the Jedi are the monopoly of the luminous, but in the end, he ends up saying “I am not the last Jedi!” The game with gray areas is not significant and unnecessary; it does not work well in any case. 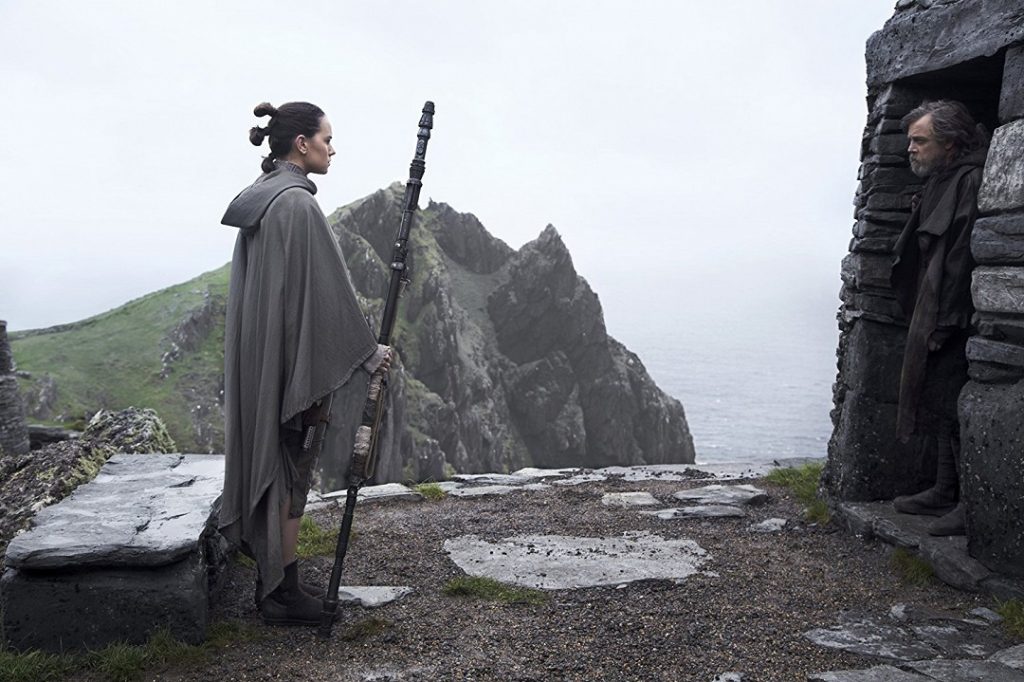 And speaking of Luke, he falls here in a dangerous game of deifying his figure of the “old”: Luke, and to a lesser extent Leia. It is paradoxical that Johnson is at the stop “let the past die” as Kylo says, reinventing the franchise, and dedicated to hyperbolic the power of Luke, who represents nostalgia and the past. This hyperbolization tends to be rude. Sometimes it seems that I’m watching Goku and not Luke Skywalker (I’m not going to go into the ridiculous that was his final power). Neither Yoda was painted so deified in the originals, nor Obi-Wan, nor Darth Vader. The same when Leia is flying through space using force after being drifting in the explosion. It was something he could no longer believe in ridiculous. The worst thing is that it becomes so absurd that it does not even excite. The death of Han Solo was much more shocking and emotional than Luke’s, definitely. In general, the film resorts to an unnecessary hyperbolization, also present, for example, in basically the massacre to almost all members of the Resistance to “prove” that the villains they build are a real threat. Neither did it.

The film has good stories and plots: I personally highlight the story of Poe with Admiral Holdo and the story of Finn with Rose. Also, I think there are good additions in terms of creatures and planets (I loved Canto Bight and the exploration of the casino world and the mega-fortunes, and I was fascinated by the vulptex, those ice/crystal foxes that appeared at the end). Also, the music of John Williams is masterly as always, always knowing how to occupy his original songs impeccably when appropriate and incorporate new melodies on the table. Unfortunately, the mistakes obscure the successes. 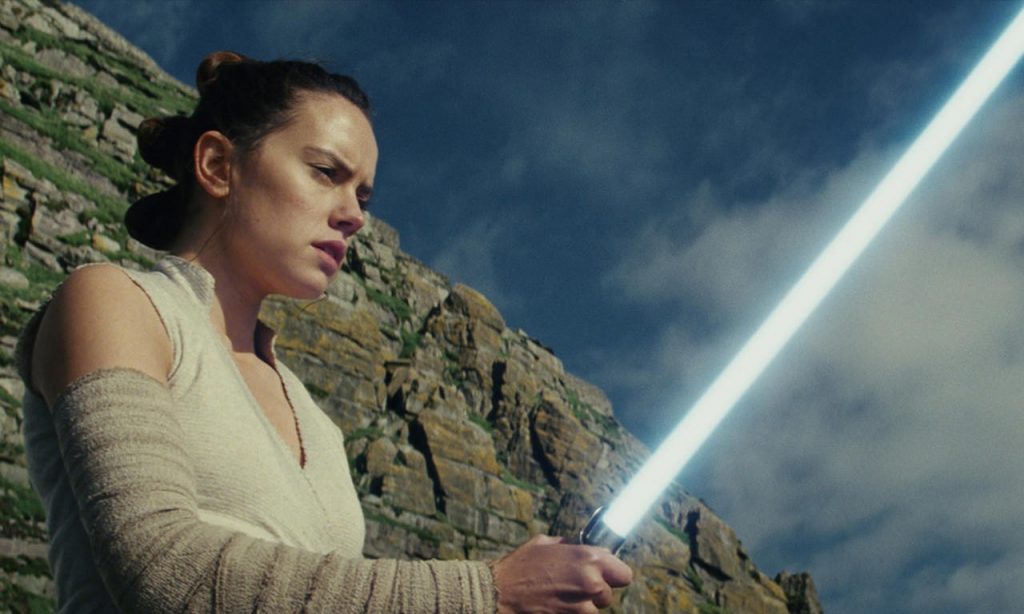 At the end of the day, the only opportunity this movie has to redeem is to close all the ideas proposed since the VII, by building an Episode IX The Last Jedi that answers the relevant questions that were raised, such as where Snoke came from, what prompted to Ben Solo to the Dark side, to deliver a satisfactory answer of the origin of King (do not come to me with that it came out of nowhere and magically the saber of Anakin SSkywalker called it), and in short what is the foundation of the war that is being waged at this time against the First Order. That there is a clear and solid story arc in this trilogy, and that Johnson’s decisions make sense; otherwise they will only be his unleashed ego and will to become the visionary break-up who threw everything overboard for no reason.