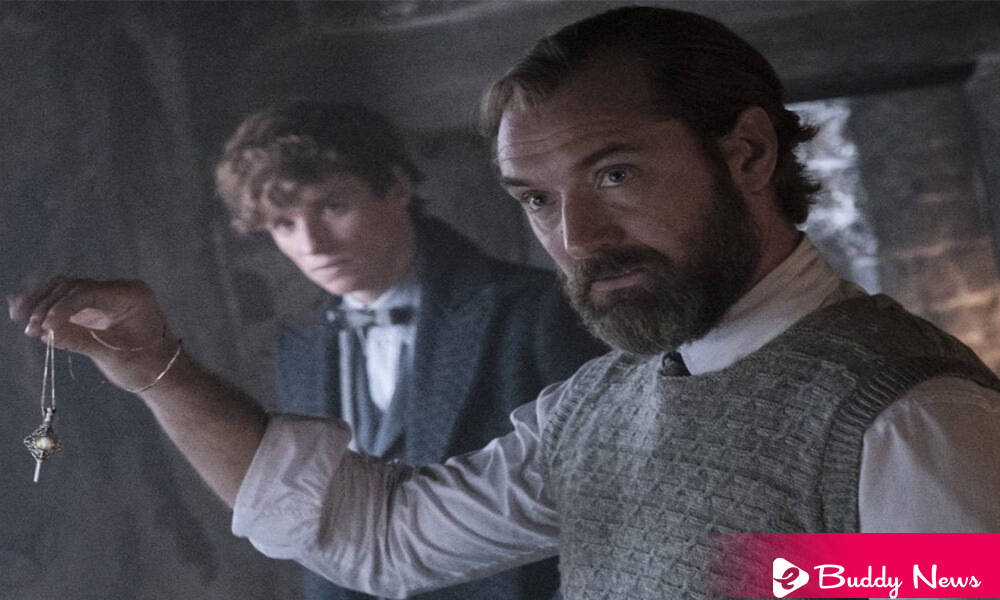 Fantastic Beasts The Secrets Of Dumbledore, from Warner Bros., is the latest adventure in the Wizarding World created by JK Rowling. From the British director and producer David Yates, this film’s release date is April 8.

We had the opportunity to see this feature film, so it is a pleasure to share our review of Fantastic Beasts The Secrets Of Dumbledore without spoilers. You find out what awaits you with this feature and enjoy it to the fullest.

Spoiler Free Review Of Fantastic Beasts The Secrets Of Dumbledore

The film reveals some of the most relevant secrets in the past of Professor Albus Dumbledore (Jude Law), the powerful wizard known as one of the most admired figures in the Wizarding World canon, both in the books and in the movie HarryPotter.

The film achieves an engaging narration from a screenplay written by JK Rowling and Steve Kloves. It answers all the questions fans of the magical universe of Harry Potter have been wondering about Dumbledore. Also, there is plenty of information on Credence/Aurelius Dumbledore (Ezra Miller), his powers as an Obscurial, and his family history.

The film backdrop is in the historical context that precedes World War II, making references to Nazi Germany. Fantastic Beasts 3 finds the charming and dashing Dumbledore trying to put a stop to the powerful dark wizard Gellert Grindelwald (Mads Mikkelsen), who continues to pull the pieces of him to take control of the wizarding world.

Because they swore a blood oath in their youth, the future Headmaster of Hogwarts finds himself very frustrated at being unable to stop it on his own. In Fantastic Beasts 3, you will have your suspicions confirmed about the special connection between Dumbledore and Grindelwald when they were younger. At what point does their relationship become a dark secret, as hinted at in The Crimes of Grindelwald.

During this magical adventure, they will meet new and very dangerous beasts and other known ones while fighting with the faithful followers of Grindelwald. The latter put together a political plot that will remind you of Nazi Germany.

Grindelwald hopes that Credence has enough courage to take down Dumbledore for abandoning him, while Scamander is after a cute creature named Qilin (pronounced chillin).

The Qilin is a noble magical baby creature that is key to the outcome of this story and looks like a newborn fawn. She has the innate ability to see into a person’s soul and know if she is pure in heart. An adult version of the Qilin also appears and bears a resemblance between a kind of dragon and a horse with iridescent scales that generate a soft glow.

At the plot level, this story is about loyalty and the ability to correct past mistakes to follow your destiny. It also talks about the remorse the characters may have felt and the dark motivations of Gellert Grindelwald. His radical ideas and violent tactics to take over the wizarding world are dangerous.

How Do The Characters Develop?

Each character is interesting because of the different nuances they have and their complexity, but actor Eddie Redmayne, in the role of magizoologist Newt Scamander, remains as charming or more charming than in the previous films. In this hilarious movie, he demonstrates his prowess when out in the jungle and his great abilities that blend perfectly with his modest awkwardness in social situations.

However, Newt is not the only character to evolve. Dumbledore is a great protagonist of this story. Jude Law mentioned something that reveals the strategic side and the vulnerable side of his character from him.

However, Mads Mikkelsen does a great job as Grindelwald in Fantastic Beasts 3: Dumbledore’s Secrets. After replacing Johnny Depp for this role, he got a good part of the looks. He proposes a darker and crueler Grindelwald in the tape, with a devastating eloquence that makes him a great villain.

Immerse yourself in this saga full of adventures that oppose the magical world with the non-magical. It is a film that criticizes in a sophisticated way the belief of some people that they feel superior only because of their genes and their desire for domination.

Reasons To Watch Fantastic Beasts The Secrets Of Dumbledore

Apart from the review, You have to see Fantastic Beasts The Secrets of Dumbledore for a magical adventure because it is full of mythical creatures. As you can see in the previews, Teddy returns, the nibbler always on the lookout for shiny objects.

Likewise, Pickett, the witty bowtruckle who is Newt’s constant sidekick, has a big, cuddly role.

There are ravenous crustacean-like manticores and a shape-shifting flying creature called a Wyvern.

Fantastic Beasts has taken us to different places like the Harry Potter movies. This time shows other reappraisals of European cultures to enter a new Ministry of Magic, but now in the city of Berlin.

Fantastic Beasts 3 takes you from China to Britain, New York to Germany, and the Austrian Alps to Bhutan. Beautifully portrayed all of these places thanks to the cinematography of George Richmond (Rocketman); and three-time Oscar-winning production designer Stuart Craig (the Harry Potter and Fantastic Beasts films).

Plus, it features stunning special effects and a wonderful musical experience thanks to nine-time Oscar nominee James Newton Howard (Fantastic Beasts: The Crimes of Grindelwald).

After the premiere of Fantastic Beasts The Secrets of Dumbledore, we will only have to wait 45 days for its arrival on the HBO Max streaming platform. One wonderful thing is that you don’t need to be a great connoisseur of the Harry Potter universe to enjoy the story. But you will certainly enjoy it much more if you have already seen all the movies.