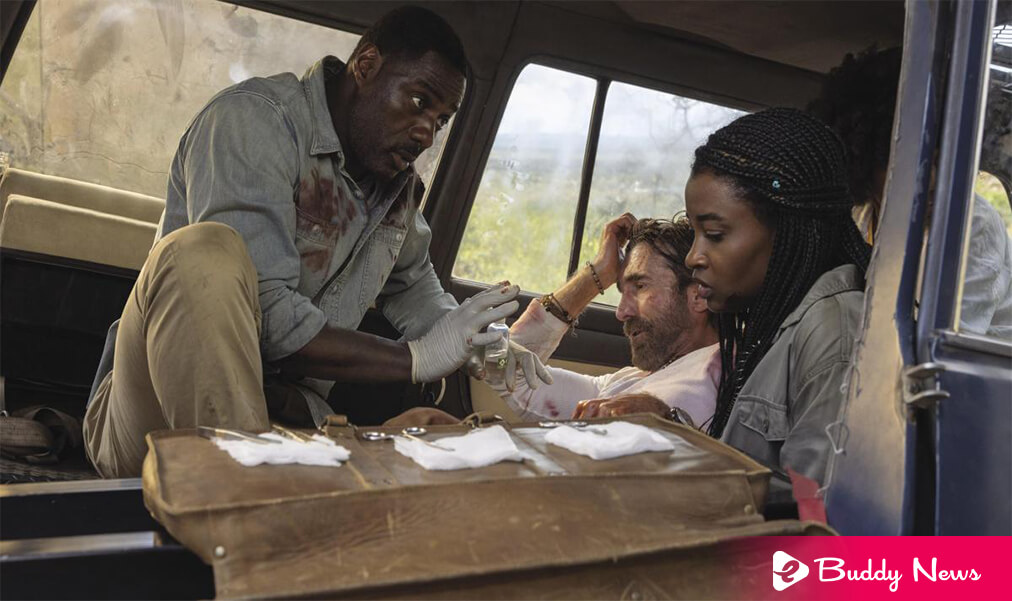 We have very recently the premiere of ‘Predator: The Prey,’ a film that focused on the fight for the survival of a Comanche to try to defeat a fearsome creature. Barely a week we have had to wait for ‘Beast’ to arrive in cinemas, an essentially similar proposal. In this case, the fearsome enemy is a lion, and this is a short review of the Beast movie.

The film itself with the promise of Idris Elba going neck-and-neck against a lion, but Beast is much more than that. Be careful, this does not mean that it is an essential film, but it is a graceful and forceful work that knows how to complicate itself adequately to offer an intense experience to the audience.

We may impress by one thing in the Beast the camera handling after a wild prologue. Ryan Engle’s script takes time to get to know the main family and let us understand the current dynamics and what has brought them to visit South Africa.

There are barely four human characters with real weight in the story helps that this never evolves heavily. However, the film’s visual flow often resorts to long shots to immerse us in the story better. It is a trend that remains constant until practically the moment the main family is little less than at the mercy of the lion.

In addition, Baltasar Kormákur uses this technical solution to avoid unnecessary virtuosity, but rather as a mechanism first to give the film greater agility and to very effectively convey the uncertainty to the viewer surrounding the main characters are going through.

To this, we must add that the film didn’t recreate the above necessary in the family drama and lets the story progress naturally. It leaves us some details along the way that will be essential later. In this way, a first act that, on the other hand, could have been an essential but heavy introduction is resolved nicely.

However, it is later when Beast movie takes off by becoming fully that survival thriller with hints of terror promised from the start. There it is true that an important work of disbelief suspension is needed to believe that this lion has become a beast never seen before. Still, the film is correct in linking this fact to the fact that the pride of a lion becomes its family, thus emerging small parallelism with the protagonists. Be careful that it is never something that is explored in depth. However, at least it gives some basis for the animal to become a little less than an unstoppable machine, but in return, it does not end up being an unbelievable digital monster either.

From there, the tension rises, and the script does not make the failing mistake into stupidities that are impossible to believe. Everything that happens combines the edge-of-the-seat moment and the urgent need to protect your loved ones. Thus it achieves that emotional touch that gives more entity to the whole. There Elba’s physical work stands out above everything else, but always remembering that he does not have any training to face a threat of these characteristics.

The film’s climax comes with the inevitable final showdown. That is when everything is raw and wild, and the way to fix it all makes sense. Admittedly, that whole phase of lion-stalking doesn’t offer anything particularly different from similar tales. Still, it is compelling, makes good use of suspense, and makes the human characters matter to you. There it does reach many that proposed similar things.

Before concluding the review of Beast movie, we may not propose anything new, but it does offer a compelling, wild survival story that doesn’t stretch too far. In addition, good tension doses and effective work so that the part of the characters’ presentation dodges the usual problems. It is watchable and recommendable for this weekend.