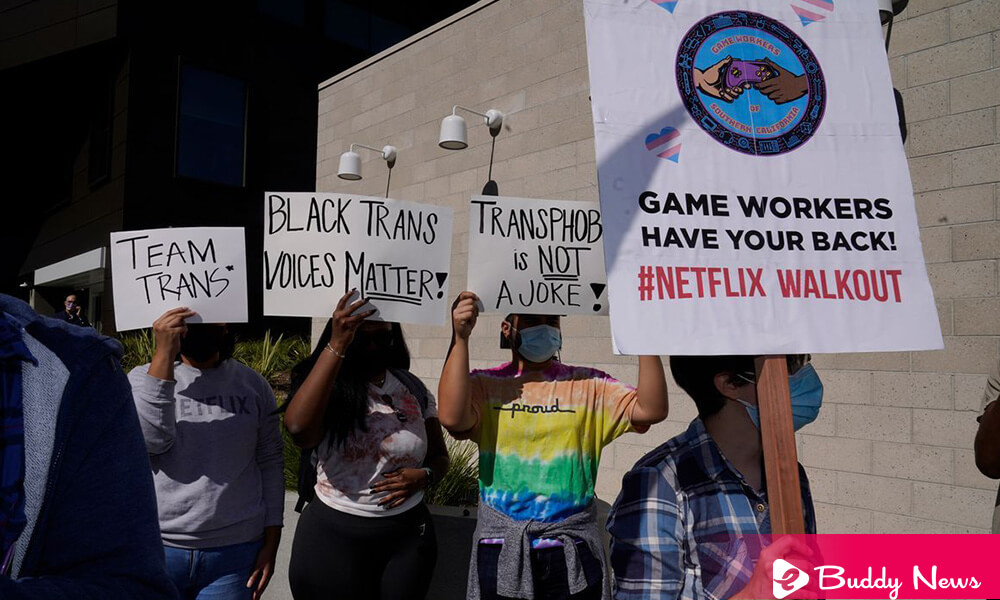 Approximately 100 people gathered at Netflix headquarters in Los Angeles to support the protest of a group of Netflix employees. It is caused by a special by the famous comedian Dave Chappelle that includes comments against transgender people.

Hundreds of Netflix employees left their workplaces because of the protest at Netflix headquarters. The local media declared it.

A Netflix spokesperson told CBS Los Angeles that they value their trans colleagues and allies. And they understand the suffering caused, adding that they respect the decision of any employee who chooses to go on protest.

‘The Closer’ is the monologue that premiered on October 5. It contained jokes which misfired anger in the LGBTQ community. Chappelle stated in detail that “gender is a fact” and made disparaging comments about the genitalia of transgender women.

The controversy surrounding Chappelle’s monologue erupted recently when transgender employee Terra Field wrote on her Twitter account. That Chappelle’s edition attacks on the trans community and also on the very validity of transsexuality. Further, Field tried to access a virtual meeting of senior executives to discuss the matter but was not allowed in it. Netflix suspended Field and two other employees later, although she was reinstating to her job later.

Ted Sarandos, the platform’s content director, wrote an internal letter days after the premiere for Chappelle’s part. He denied removing the special from the catalog. It is because Chappelle’s stand-up does not cross the line if well assured that the company would not allow designing any content that provokes destruction or hatred.

The executive admitted On the eve of the strike that he ruined internal communication with employees. Sarandos, who also serves as co-CEO of Netflix, said that above all, he should have handled the matter with the utmost human touch. He meant that he had a group of employees who were feeling pain and suffering from their decision.