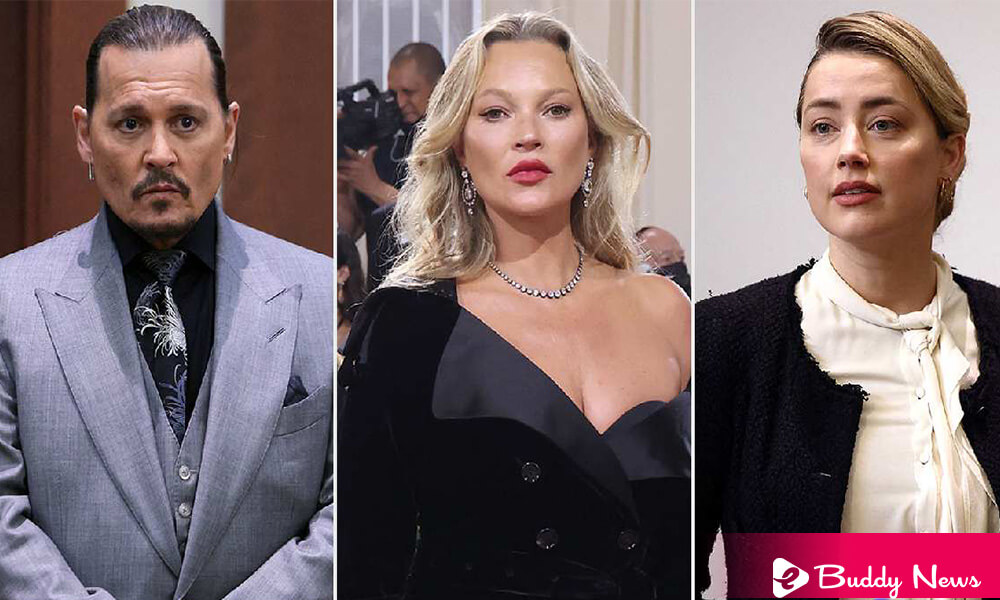 The trial of Johnny Depp and Amber Heard is almost over, but before both sides await the jury’s decision, there was an unexpected twist when Kate Moss took the stand on Wednesday – virtually. From the United Kingdom, Kate Moss not only testifies in favor of her ex-boyfriend in trial, but she completely denies Amber’s statements. She explains that Johnny never pushed her down the stairs, as commented on for a long time.

In her short call, Kate told the jury that she had a romantic relationship with Johnny Depp from 1994 to 1998, a media relationship that we could see on the red carpets of Hollywood. And about the incident, the British explained that she and Johnny were in a hotel in Jamaica, he left her room first, and she followed him. She said that a storm had fallen and when she went out she slipped down the stairs and hurt her back.

She added in her testimony that she screamed because she didn’t know what had happened, it hurt a lot, and he came running to help her. He took her to the room and got medical attention.

Faced with a direct question about the behavior of her then-partner, Kate assured her that no, he never pushed her, kicked her, or threw her down the stairs. With her words, Kate clears up the rumor of violence and shows Johnny as a considerate person.

The testimony is not good news for Amber. On May 17 declared that during a mishap with Johnny Depp and his sister, Whitney Heard Henríquez, she feared for her safety just like Kate Moss because they were near some stairs.

At the trial, Kate’s presence did not contemplate. However, the Pirates of the Caribbean actor’s legal team called her as a witness after Amber’s statements. The actress’s lawyers asked no questions.