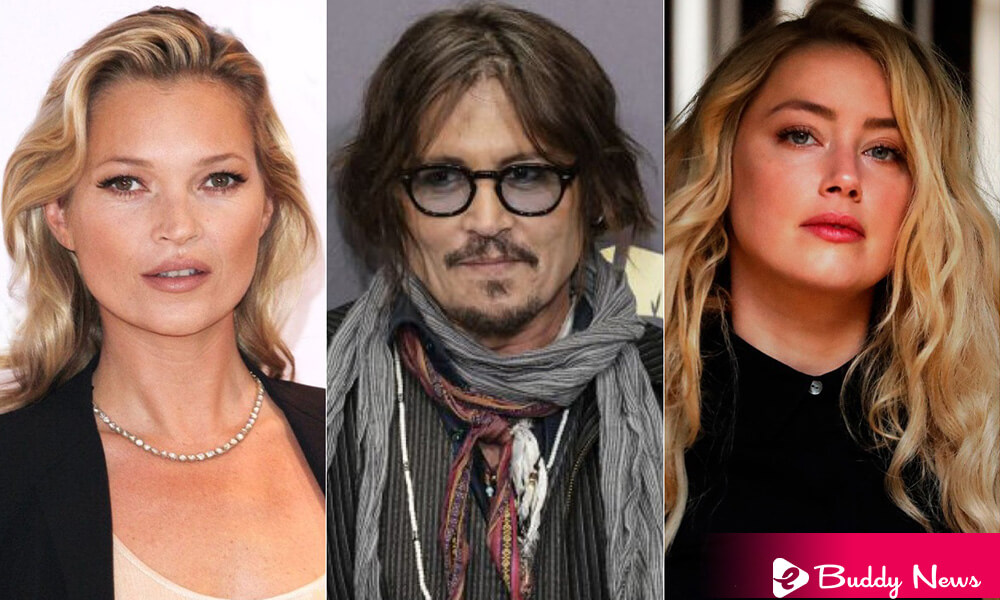 After mentioning Moss before the popular jury, the model Kate Moss will testify and intervene as a witness in the trial between actor Johnny Depp and his ex-wife, actress Amber Heard. According to the media, Moss will intervene on Wednesday in the Fairfax (Virginia, USA) court, where she will attend at the request of Depp’s lawyers, with whom she had a romantic relationship between 1994 and 1998.

Coincidentally, Ms. Heard herself gave rise to the model intervening in the trial. When she was describing an argument between Depp and his sister, she said it had reminded her of gossip that the actor allegedly pushed Moss down the stairs. He did not hesitate, and he did not wait.

He thought of ‘Kate Moss and the stairs’ immediately. He hit her, she assured Heard after acknowledging that she had hit the actor to defend her sister. At the same time, they both argued and said that she had not hesitated and not waited. Depp’s lawyers celebrated such words inside the court. According to the American press, it was so because Moss maintained a good relationship with the actor. Further, the simple mention of the incident allowed the model for its inclusion in the list of witnesses.

However, there were altercations during Moss and Depp’s romance. According to a news published by the media in 1994, the New York police arrested the actor after he destroyed a hotel room. But the model, who never presented herself as a victim, was also staying. For his part, Heard’s defense declined on Monday to request that Depp testify again as a witness in the trial. He faces his last week before the popular jury meets to deliberate.

During the four weeks of the trial, in addition to Heard and Depp, whose statements lasted several days. It includes psychologists, police officers, representatives, domestic employees, and even the couple’s therapist, who insisted that the abuse was mutual on the part of both. Last week, Whitney Henriquez, sister of Heard, assured that she saw how Depp repeatedly hit the actress during an argument in the attic of the then couple in March 2015. For the moment, she is the only witness who claims to have seen Depp hit Heard.

On April 11, the legal battle began. After her divorce, the actor accused his ex-wife of defamation for an article she published in media in 2018. Ms. Heard claimed to have suffered domestic abuse without mentioning him. Johnny Depp is asking for $50 million in compensation. Heard responded with a counterclaim for her part. She alleged that Depp had launched a spot campaign against her and claimed 100 million.

It is the first time after the trial held in 2020 in London two celebrities have faced each other in court. In that trial, Depp lost, and the actress attended as a witness since the charge was against the British newspaper for an article calling the actor a women’s aggressor.