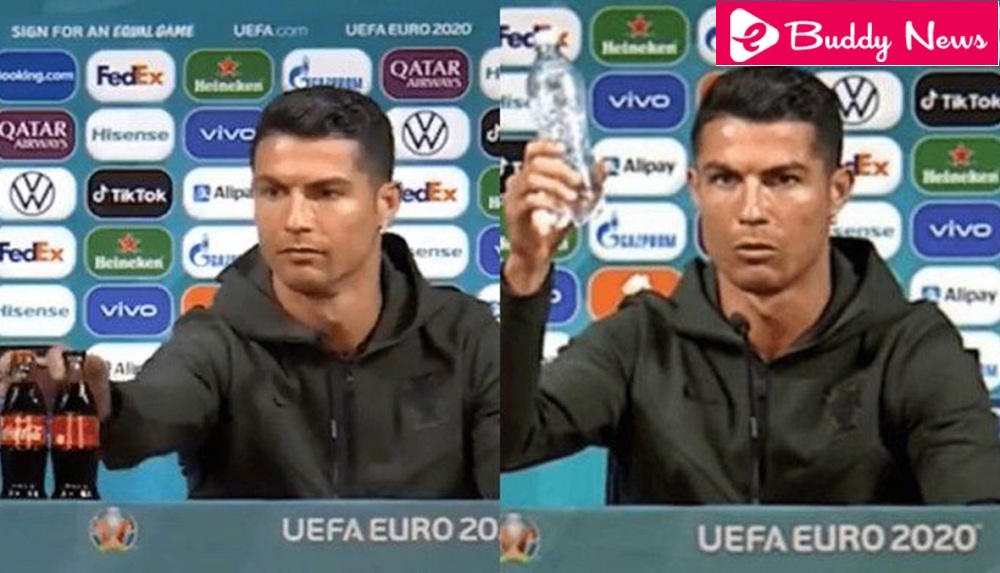 Cristiano Ronaldo Rejects Coca-Cola throws Coca-Cola in an unexpected scenario. Some things take years to achieve, even decades—for example, a good brand image. However, there are unforeseen events that, in a matter of seconds, can damage the work done. Something like this happened to Coca-Cola, one of the main sponsors of the Soccer Euro Cup. Barely 20 seconds between the entry of Cristiano Ronaldo into the press room and the opposite gesture of the footballer had damaged the company’s reputation. The gesture was responsible for a loss of market value of 3,967 million dollars.

The scene was as follows: the Portuguese player sits down, looking at the two bottles. Next, he approaches the table, leans back in his chair as if gathering momentum, and then makes up his mind. He takes the two sodas with some disdain and withdraws them from the foreground. He then shows a bottle of water (without a label, that is, without a brand) and finishes off: “Water, not Coca-Cola …”. It may seem anecdotal, but its impact is remarkable.

It is happened last Monday afternoon in Budapest, almost coinciding with the opening of the session on Wall Street, where the company is listed. The video did not go viral until hours later. However, the substantial setback and fluctuation occurred from the beginning, so other factors could interfere – for example, this Monday, the company discounted dividends, which explains half of the loss. The Dow Jones lost 0.25% on the day, also in the red, although with less intensity. 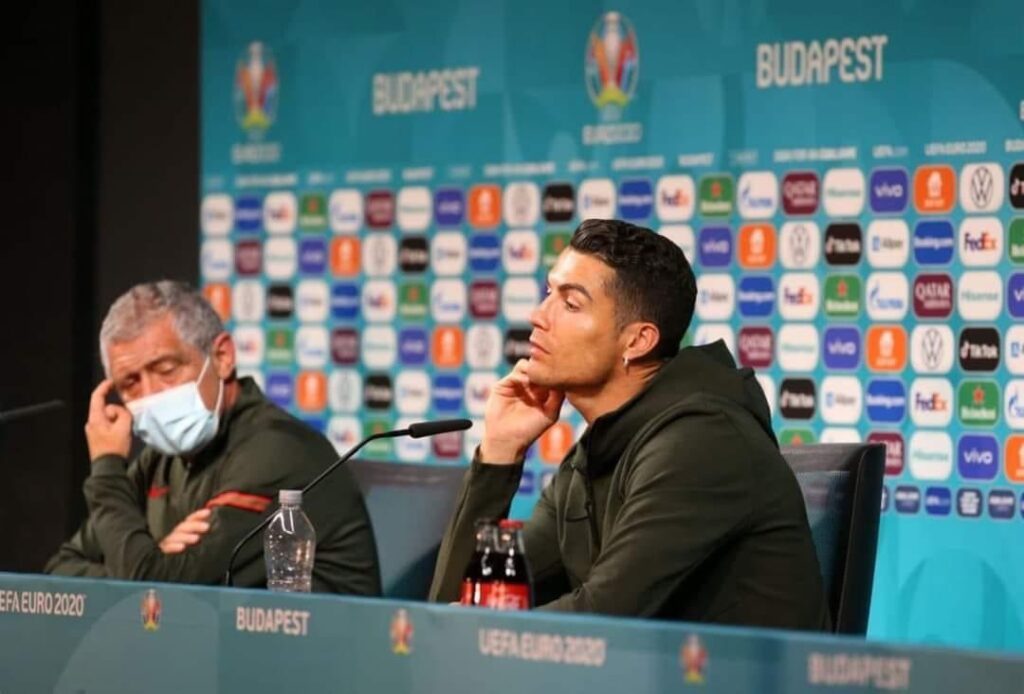 It is happened in one of the official press conferences of the Eurocup, with two bottles of the drink presiding over the table – it is one of the advantages of being a sponsor of the tournament. Some could rub their hands with the image: the Portuguese player next to the brand’s star product. Although the dream has become a nightmare due to the incalculable popularity damage, it has cost him. At least for the moment, Coca-Cola has not made any statement in this regard and refers any question to UEFA.

In the case of Cristiano Ronaldo, it rains when it is wet since it is not the first time the footballer has made a public comment against drinking. He already made a similar one in an interview when he spoke of the healthy and healthy diet that children should eat without consuming sugary or high-fat products. “I am tough on my son. Sometimes he drinks Coca-Cola and Fanta and eats French fries. He knows I don’t like it, “he said then. However, this time the blow for the company has been more noticeable. And what was an investment in advertising during the tournament has turned against him.