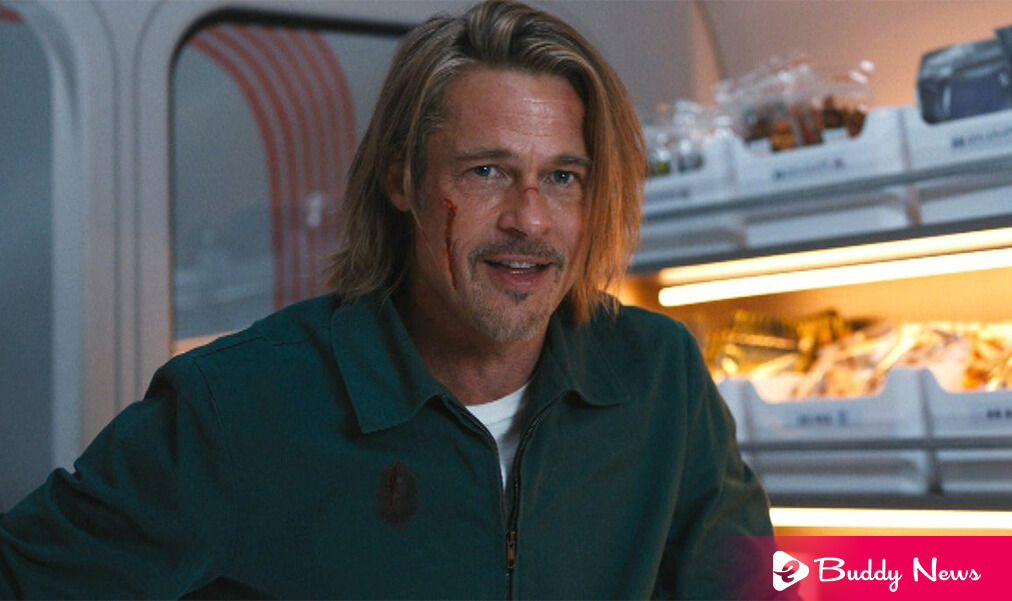 A friendly review of the film Bullet Train stars Brad Pitt and other casts of great personalities. It is arriving at full speed in theaters to take its viewers on a journey of just over two hours full of action, violence, several liters of blood, and tons of the most absurd comedy.

As it was originally titled, Bullet Train is the latest production from the director of Atomic Blonde, Hobbs & Shaw, and Deadpool 2: Mr. David Leitch. He took on a handful of great actors (and Bad Bunny) to adapt the suspense novel Maria Beetle by Kotaro Isaka. The film reflects the style that characterizes the director. However, the influence of the aesthetics of other great figures of the action and black comedy genres, such as Quentin Tarantino and Robert Rodríguez, is also noticeable.

In Bullet Train, we have Brad Pitt playing Ladybug, a murderer who returns to action despite having started a psychological process of personal recovery and evading violence. At the same time, he is worried about his bad luck. Hence the name Ladybug is imposed on her by her mission director Maria Beetle played by Sandra Bullock. The latter assigns Brad Pitt the task of stealing a briefcase from a bullet train that goes from Tokyo to Kyoto. Of course, the mission is not as easy as it sounds, as the train is with other killers, each with their missions and goals, but who all turn out to be connected in the end.

Among the other thugs on the train, Brian Tyree Henry plays a murderer named Lemon, who boasts a philosophy of life taken from the Tomás Train and his friends. He can even read the personality of others by making a comparison with the rest of the characters of the children’s program, which may sound absurd. However, the philosophy of the Tomás Train takes on great importance throughout the film since it is a starting point to understand the ridiculous and twisted nature of the Bullet Train. As it travels its way, it ends up being the most amazing trip wild.

Lemon is joined by his twin brother, Aaron Taylor-Johnson, who excellently portrays his character Tangerine. Both are trying to take the above-mentioned briefcase to the leader of organized crime, The White Death, played by Michael Shannon. While he is trying to protect his chump son, known only as The Son. The latter ends up being the least relevant in this story.

For his part, Yuichi Kimura, also known as The Father and played by Andrew Koji, is trying to find the Prince. Prince character is played by Joey King, who turns out to be the murderer who pushed Yuichi’s young son off a building. There are also a handful of other killers inside the bullet train, like El Lobo, a feared Mexican hitman played by Bad Bunny who does deserve applause for his brief but hilarious role.

And also Zazie Beetz as The Hornet, a murderess caught up in the major misfortunes that befall the train: a murderous snake was stolen from a zoo in Japan, a character from a popular anime, and a Fiji water bottle that ends up becoming an integral part of the events of Bullet Train, and yes, you read that right, a bottle of water is very important in the movie.

Undoubtedly, Bullet Train is one more work with the characteristic signature of David Leitch. The film is full of short, violent, and forceful action scenes, as seen in Atomic Blonde. The film, in turn, has all the style of the movies of John Wick but is steeped in a narrative that’s just dumber than Hobbs & Shaw. And it is with the extremely sneering humor of Deadpool 2, including quite amusing surprise cameos and fourth wall breaks.

And of course, Bullet Train is not a good movie in the strict sense because, beyond its too-labyrinthine plot, it is quite repetitive and, often, too silly. Still, we cannot deny that it is enjoyed from the beginning until its conclusion. And it is that in the end, Bullet Train is a good mixture of ridiculousness full of celebrities dressed as murderers, who, of course, are the tracks that support this locomotive in progress.

It is incredible to see the nature with which the flow of the performances and more to notice how Brad Pitt and the rest are having fun on the journey of this crazy train. Most of the action sequences are great, and Pitt, because he is Pitt, we already know the level he has as an artist behind the big screen. However, the chemistry between Aron Taylor-Johnson and Brian Tyree Henry is the real joy of this film.

It is worth mentioning that Joey King does very well in her role, accompanied by Michael Shannon, who also seems to enjoy his role. And of course, we must mention Mr. Hiroyuki Sanada, the best Samurai in cinema, who is always delighted to see unsheathing a katana.

Apart from the review of the Bullet Train film we get to know about the good things in the film are the entire cast is excellent in their roles. Entertaining and fun throughout its two hours of duration. The chemistry between Aron Taylor-Johnson and Brian Tyree Henry. Though the movie is so dumb, absurd, and ridiculous, it is still pretty good. The soundtrack is very good. The surprise cameos and the last Bad Bunny appear.

As same as get to know about the bad things in the film is that it is not your meal if you have to be a fan of the action and black comedy genre to enjoy it. It’s a bizarre invitation to mock death and people bleeding to death. It insults your intelligence because it will make you bring out your most primitive side in the movie theater. Sometimes it becomes repetitive.

At the end of the review, Bullet Train film is a story that tries to make its narrative complex. It delves into the concept of luck and the ties of destiny that unite a group of people over the years on the same mission that seeks to end a greater evil. But the reality is that it’s much better seen as a group of celebrities trying to kill each other while saying funny things.