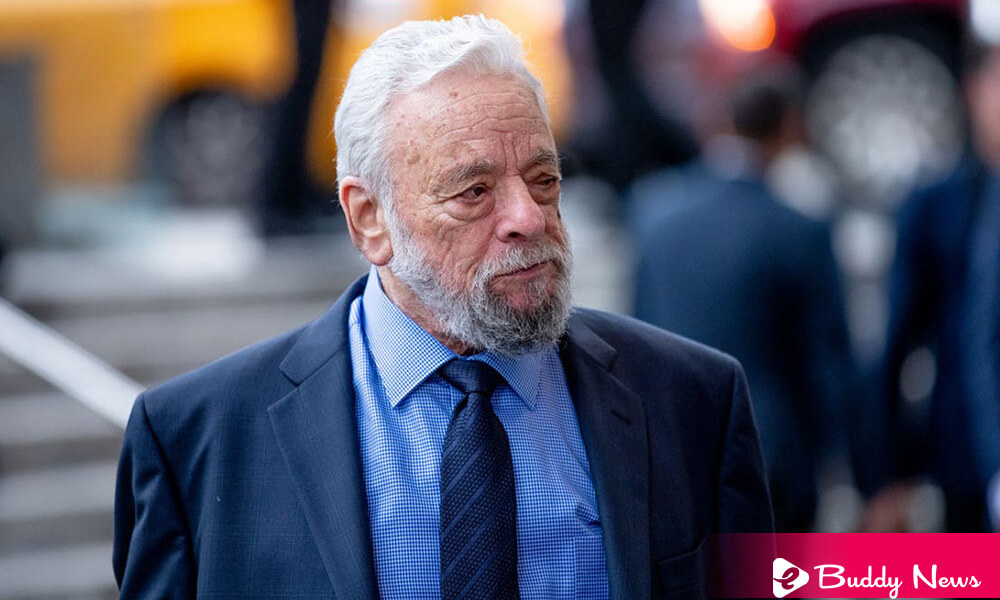 Broadway says goodbye to one of its greatest geniuses. Composer and lyricist Broadway theatre Stephen Sondheim died at age 91 at his home in Roxbury, Connecticut. Sources close to the family have reported to the media. The cause of the sudden death has not transpired, but the last thing Stephen Sondheim did: celebrate Thanksgiving dinner with friends the night before.

He was a man of great musical and literary talent. He signed throughout a career that spanned more than 60 years. He began his career with West Side Story when he was 27. Some of the most memorable pages of the theater of the second half of the 20th century. Heir to the great tradition of American lyricists, champions of intelligence, and the short phrase such as Irving Berlin, Cole Porter, or the Gerswhin brothers, his work contributed to endow the musical with a new intellectual stature. Among his best-known creations are Company (1970), Follies (1971), and Sweeney Todd (1979).

In a business so given to pairs of authors, his was a strange case of an outstanding composer and lyricist. Initially, the latter profession in which he stood out was in the West Side Story (1957, with a score by Leonard Bernstein) and Gypsy (1959, with Jule Styne). Only those two contributions would have earned him, before he turned 30, a first-class ticket to immortality.

The theme of his works has repeatedly denied the topic that musical theater as minor genre dispatches. A mild entertainment in which the actors start singing and dancing for no reason so that the time can pass as soon as possible. Sondheim dealt with sharpness and courageous relationships, the false memory of the scene (Follies), the tradition of political assassination in the United States. United Assassins, in which he gave voice to assassins such as John Wilkes Booth, Lincoln’s assassin, or Lee Harvey Oswald, of Kennedy, Yankee imperialism in Asia (Pacific Overtures), and even the work of the pointillist painter Georges Seurat. Sondheim said that he knows that many people go to see a musical to forget their problems and feel happy on one occasion. He is not interested in that. It’s not that he wants to make anyone unhappy, but he is not interested in not delving into the problems of life because if it’s not that, he doesn’t know what he’d write about it.

His mentor was Oscar Hammerstein II, who welcomed the little Sondheim in his house in New York. His parents were recently divorced and were neighbors of the composer from Oklahoma or South Pacific, always with Richard Rodgers. The lessons and discipline of Hammerstein, who died in 1960, were very useful for the boy. He would soon detach himself from the classical model to launch himself into a career where he always applied before quick and easy success. His works were rarely box office hits.

But he did have a life full of recognition. With just 15 productions behind him, he won an Oscar, eight Tony Awards, a Pulitzer, a Laurence Olivier, and, in 2015, the Presidential Medal of Freedom at the end of the Obama era. A theater bears its name on Broadway and another in London. Before Stephen Sondheim died he had many memories with this Broadway theatre.

Personally, Sondheim suffered from a lonely childhood and a conflictive relationship with his mother. The latter once told him by letter that she would rather not have had it. Although he supported her financially until the end, he did not attend her funeral. An HBO documentary, Six by Sondheim, let his legion of faithful know in 2013 that he liked to write lying down. And that he only knew love when he was 60, with his partners Stephen Jones, first, and Jeff Rommley, in recent times. That was the time when it was most widely recognized.

His 90th birthday, March 22, 2020, had to have been a joyous celebration of his talents. But the coronavirus also took that away. Being organized, the party ended up. It was a live broadcast on April 26 with all the participants gathered thanks to Zoom virtually. Sondheim had at least the consolation of starring in one of the most memorable cultural events of those first months of anxiety and confinement.

Musically, he also went further than his contemporaries. He played with the bars, the rhythms, and the length of the verses. Perhaps it was the result of his passion for puzzles and hobbies, a hobby that he embodied in a series of cryptic crosswords that he composed in the late 1960s for New York magazine. He conceived the songs as part of a continuum, which only made sense when they were in the place and with Sondheim’s voice. For this reason, very few of his creations managed to have an independent life. It recycled as pieces of the jazz repertoire or as pop hits, a fortune that other more commercial composers did enjoy, such as Andrew Lloyd Weber.

The furthest he got in that kind of transcendence was riding the brooding Send in The Clowns, very popular in the 1970s by singer Judy Collins. Another of his saddest songs, the autobiographical in his way ‘Finishing the Hat,’ served him in 2010. That had titled the first of two splendid illustrated books. That brought his lyrics together, accompanied, as the subtitle indicated, by comments, principles, heresies, grudges, complaints, and anecdotes. Together with Look, I Made a Hat; he composes the closest thing he left to an autobiography.

His presence in the cinema was intermittent. He collaborated with actor Anthony Perkins on the screenplay for Sheila’s End. He worked on the flamboyant Dick Tracy (1990), Reds (Warren Beatty, 1981), and Stavisky (Alain Resnais, 1974), basing on the true story of a con man in 1930s France. Although he did not participate in it, ‘Story of a marriage, a film by Noah Baumbach, 2019’ discovered his music to new audiences. It took place in the voice of Adam Driver, who performs Being Alive, one of the most exciting pieces of the musical Company.

When the Henry Miller Theater, located between Broadway and Sixth Avenue, was renamed in 2010, the composer declared himself “deeply ashamed.” In a show of his legendary perfectionism, he added that it was because he didn’t like his last name always. “It just doesn’t sound musical,” but to say that after Stephen Sondheim died Broadway theatre and  those streets go silent as a sign of mourning.